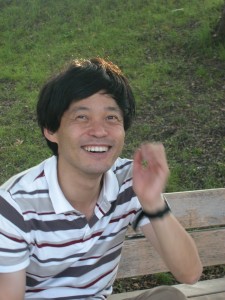 The Simons Center for Geometry and Physics is pleased to announce that Kenji Fukaya, currently Professor of Mathematics at Kyoto University, will be joining the Center as a Permanent Member starting April 1, 2013. The Center is slated to have 6 permanent members and Kenji is the second, joining Michael Douglas.

Kenji’s recent work has been in symplectic geometry and in particular has centered around the study of Lagrangian submanifolds and the Floer homology related to intersections of these submanifolds. Kenji developed and has studied extensively a theory in which the Lagrangian submanifolds of a given symplectic manifold are the objects of a generalized category, now called the Fukaya category, and the morphisms are the Floer homology groups. It is now widely accepted that this generalized category is a fundamental object in the fast-moving and exciting field of symplectic geometry. One reason that it has attracted so much attention is that homological mirror symmetry, the mathematical conjecture proposed by Kontsevich derived from the notion of mirror symmetry in physics, is now formulated as the conjecture that the derived category of coherent sheaves on a Kahler manifold should be isomorphic to the Fukaya category of a `mirror’ symplectic manifold. Kenji has been at the forefront of studying this conjecture and its consequences.

Kenji will bring to the Center his deep geometric and algebraic insights, his appreciation of the interplay between geometry and physics, his enthusiasm for mathematics, and his enormous professional and personal energy. We are extremely pleased that Kenji has agreed to join the Center and we look forward to having him here. 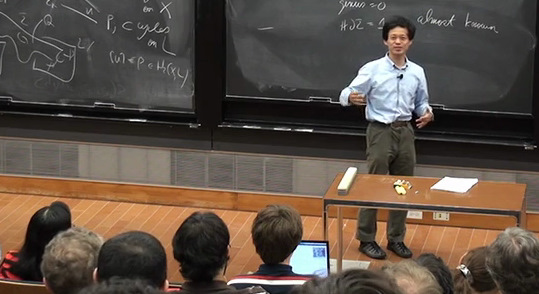