By Maria on December 5, 2016 in Uncategorized 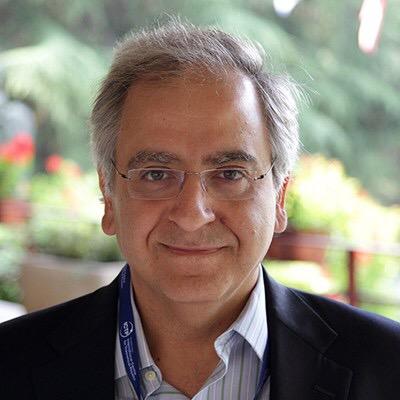 The Simons Center is pleased to formally congratulate Dr. Cumrun Vafa and all of the winners of the 2017 Breakthrough Prize In Fundamental Physics:

Dr. Joseph Polchinski, Professor in the Department of Physics and Member of the Kavli Institute for Theoretical Physics at the University of California, Santa Barbara;

Dr. Andrew Strominger, Director of the Center for the Fundamental Laws of Nature at Harvard University; and,

Dr. Cumrun Vafa, Donner Professor of Science in the Department of Physics at Harvard University.

The Breakthrough Prize in Fundamental Physics was founded in 2012.  The prize aims to recognize those individuals who have made profound contributions to human knowledge, and major insights into the deepest questions of the universe.  Each year winners are selected by a committee comprised of previous Breakthrough Prize laureates. All three winners of the 2017 prize were chosen on account of their research in transformative advances in quantum field theory, string theory, and quantum gravity.

Dr. Vafa graduated from Massachusetts Institute of Technology (MIT) in 1981 with a B.S. in Physics and Mathematics. He continued on to obtain his Ph.D. in Physics from Princeton University in 1985, under the direction of Dr. Edward Witten. Also in 1985, he became a Junior Fellow at the Harvard Society of Fellows. He was appointed as a Full Professor in the Department of Physics at Harvard University in 1990, where he is currently the Donner Professor of Science. Dr. Vafa’s primary research focuses on string theory, including applications to quantum field theory and quantum gravity. He has used the geometry of internal dimensions of string theory to construct novel physical theories known as ‘geometric engineering of QFT’s’, and he is the founder of ‘F-theory’, one of the most promising directions in connecting string theory to particle physics. He is a member of the National Academy of Sciences since 2009 and has been awarded the AMS Leonard Eisenbud Prize for Math and Physics (2008), the Dirac Medal of ICTP (2008), the Frontiers in Physics Prize (2013), and the Dannie Heineman Prize for Mathematical Physics (2016).

Dr. Vafa has a rich history with the Simons Center. He joined our Board of Trustees in 2005, and has served as its Chair since 2009. He has also served as the Scientific Director of the annual Simons Summer Workshop since 2003, and visits the Center regularly.

– Our heartiest congratulations to all!

Entanglement in Field Theory and Gravity: December 5-7, 2016
Congratulations to Dr. Mohammed Abouzaid, Recipient of the New Horizons in Math Prize