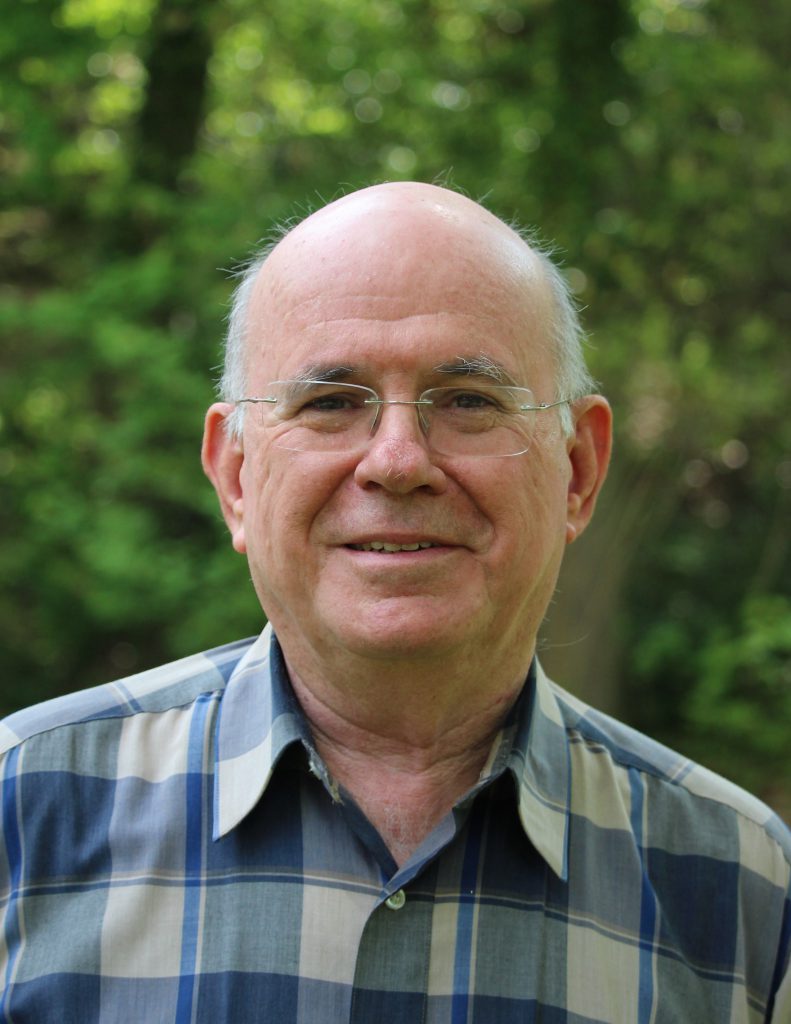 Welcome to the Simons Center. Could we start with what is your area of research?

Thank you. Well, I am a particle physicist, one of the breed that you know very well: totally megalomaniac. We believe that somebody owes us a simple description of the Universe, so we try and search for it. We got away with it until now, but there are still many holes. Our picture is not full. However, we have had quite a few successes condensing the knowledge of the material world into one slide of PowerPoint.

I am trying to understand how the physical laws that we know well — electromagnetism, strong interactions, weak interactions, and gravity — even though governed by one set of laws, manifest themselves in enormous varieties. We call this “different phases.” In short, you have one set of laws, with parameters like temperature, or else, and when they vary the system totally changes its character. I studied the phase structure of gauge theory, which gave us electromagnetism, weak interactions, and strong interactions, as well as something more exotic called oblique confinement, which manifests in condensed matter physics. That’s one area of research that I’ve contributed to and have done some work. Then I studied string theory, which is an attempt to check how the world would be different if the elementary constituents of nature wouldn’t be just points, but one-dimensional objects: strings.

I could ask you what do you think is the basic ingredient of a painting? You could think it’s a point. Are you familiar with art?

Yes, you have George Seurat. From far away it’s just a painting, but if you come closer it’s a totally different structure. Up to now we’ve accepted the point of view that the fundamental building blocks of nature are point particles. There was no reason to try anything else because this was so successful. But when faced with how gravity manifests itself, things begin to look different. From there it seems worthwhile to entertain a Van Goghian idea, where maybe it is the basic brushstroke that makes a painting of nature. And it turns out that this has dramatic impact on how nature could behave, and these things, called symmetries, or dualities, they fascinate me and I’ve worked for years on uncovering and trying to understand them.

The Simons Center is also an institute of mathematics, so I would say that if you think your eyes are not sending points, but are sending strings, then there is no concept in mathematics that remains untouched. Every concept of mathematics that I know of has become ambiguous, or, if you wish, symmetrical. You would think that large universe and small universe are totally different concepts. Imagine how many territorial disputes you could settle if you could just agree that one person could call it large and the other person would call it small. But it turns out in string theory there are cases when you view things from a string theory point of view, you don’t know if the universe is large in one direction, or small. Each narrative is equally valid. And this goes on to concepts like topology, number of dimensions, commutativity, and associativity. Let’s say there would have been an end to the Universe, which we call a Big Crunch. This appears very dramatic, very painful. But it turns out that you can have an alternative description of that, in which nothing happens. You are lying in a hammock on a South Pacific Island, experiencing no drama. So, these different narratives that describe exactly the same thing have existed also when there were point particles, but they’ve become much more pronounced and much more powerful when the constituents were larger than point particles, that is strings and even membranes.

The latter in the painting metaphor would be thinking of Monet, or Pollock, who experimented with basic two-dimensional ingredients, just splashing blots of color. That’s called membranes, which also leads to various interesting consequences.

Is that what they are doing with the Heavy Ion Collider? Would you consider that splashing?

(Laughs). It’s different. These symmetries are amazing to me, and I want to understand their origins. Of course, being a physicist, I am interested in what actually happens. Like most of my colleagues, I’m holding my breath waiting for what the Large Hadron Collider, which is now starting to work again, will give us. Will it bring some new results or not. In the next 2 to 5 years [said in 2015] we should know if there is anything new in the near energy range, the accessibility range, or we will have to fish in much deeper oceans to find something. And as of 2017, we have reached India, that is when the Higgs particle was discovered, but deep inside it is America, a new continent of particles, that we hope will be discovered, and as far as we know that hasn’t happened yet.

Can you tell us about your collaborations at the Israel Institute for Advanced Studies?

Nowadays there are big institutes that are full of collaborations, and there are different types of those. Take a picture of a lone wolf, as mathematicians are usually lone wolves. There is a type where collaborations are just weak interactions between lone wolves, who from time to time want to sense what’s going on around them, but actually they are much more interested in what’s happening in their own territory. And in that case, in order to foster excellence in their research, you must give them the environment where a lone wolf can move back and forth without feeling the constraints of everyday life.

What do you think is most key in providing that environment?

I think you should invest in the physical structure, so it becomes accommodating for that. And I think at the Simons Center there has been a lot of effort in considering the physical environment. I am very impressed by that. Give them the appropriate financial conditions, free them, so they don’t have to spend their time looking for housing and thinking about mortgage, and could really dedicate their time to the research.

So, these are lone wolves. Now, look at The Dance by Matisse.

That’s one of my favorite paintings!

You like it? Good. That’s collaborative research. And our Institute [for Advanced Studies] did a lot of effort. We had a few lone wolves, but we mainly focused on the collaborative effort and the way we did it was the following: we would ask two or three people to present a proposal of the research they want to do, for which there is enough evidence – as you know, research is always a high risk, and you may end up with nothing – in fact, most of the time you end up with nothing really new, but sometimes you do succeed. But you have to present a case that bringing together a group of people could change, and in a quantitative and qualitative way lead to the progression of the field. So, sometimes it can be changing or really creating a field. There is a field of study of migrations, from various points of view. We took a risk, we brought a group of people, who together really helped found a field. It was many years ago, I take no credit for it. It was about brain research by methods of physics. We had a breakthrough meeting. The field changed by having these people together, a year later it wasn’t the same. The field is not the same because the progress done in the place changed the map of the field.

And another example of that is we brought together Christian and Jewish scholars of… what are the first five books of the Bible?

Exactly. I hadn’t realized how different Jewish and Christian interpretations are. Big differences! The value of being together was building a common language.

Speaking of common language – SESAME, which is being built in the Middle East, and with which you are involved, is another level of collaboration, across political spectrum, and across nations.

You’ve heard it many times, but I believe it, so I’ll say again – we scientists are lucky that we have some understanding of what’s going on in the universe. Society helped us, it didn’t happen on its own. And most of us, especially in physics, we do collaborate. So, we have the skills of collaboration, and I think it’s our duty in cases when we are needed to bring these skills back to society. And unlike these guys from the Bible, who tried to form a common language, we already have it, it is there – science. And if you accept the fact that there is a common language, science, then you can try to use it to bridge these enormous differences in narratives of what really happened, of how people pursue what happened, and to build responsibility. Now I’m talking about science for understanding. Science for understanding, first of all, must be top quality. You should not do mediocre science – it’s better not to do it at all. It should be that all parties bring something to the collaboration. It should not be in a patronizing form, not somebody coming to teach ‘the natives’ what to do. It’s really about everybody bringing something essential to the collaboration. And everybody should have an interest, his own interest, not only to bring, but to also have an idea of what they want to take out of the collaboration. I think when you have these circumstances the hearts can open a little, and one can make some progress.

It has now been twenty years, and what we did succeed in is that this is not a fluffy dream anymore. SESAME was opened on May 16th, 2017, and aims for science this same year. My next dream is for it to produce top quality science. SESAME is a light source, and hopefully, the light source will bring some light. In mathematics there are such things as existence proofs. No matter what’s going to happen, just the fact that all of us, Iranians, Israelis, Jordanians, Egyptians, Pakistanis, Palestinians, could work together for twenty years proved that it’s possible, no matter what the leaders say. I believe that scientists in different countries took their leaders to a place they never expected to be. I don’t think anybody in Jerusalem or Tehran thought this was going to happen. But up until now even when they realize where they are they did not yet blink. They didn’t run away. They may, eventually, because anything is possible in my region. But we have shown it’s possible.

Beautiful! Thank you so much for your time, and I truly hope to see you again at the Center. · 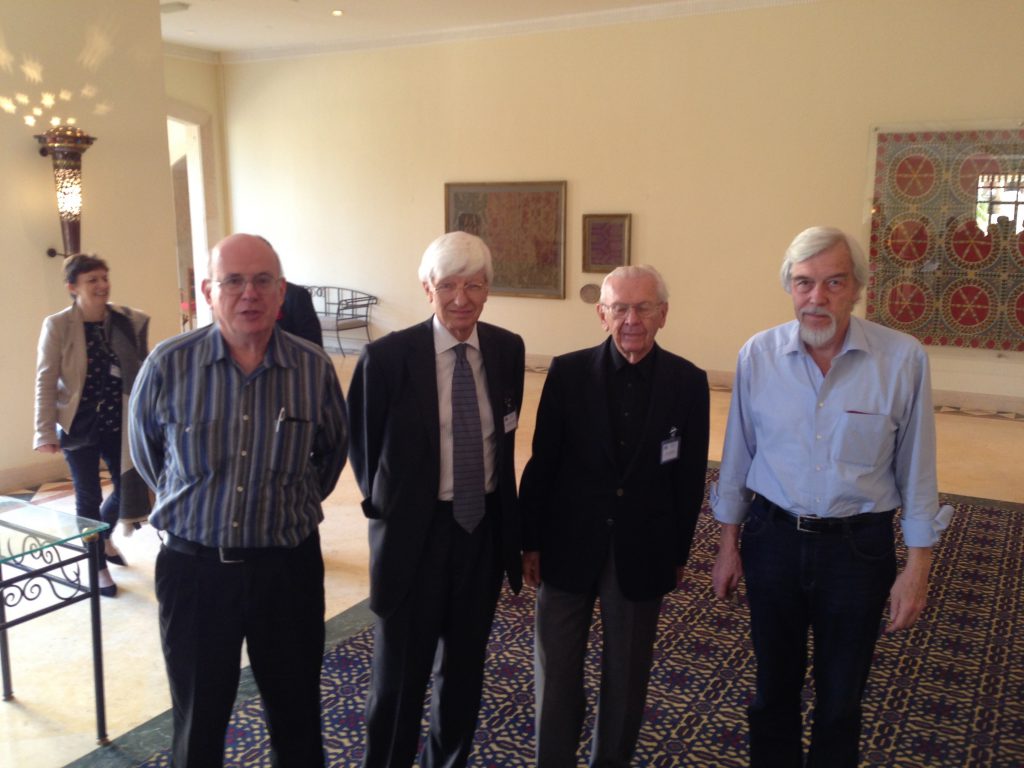