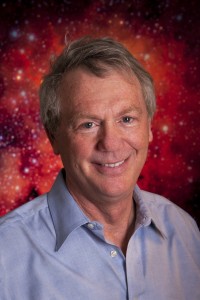 Lecture 3 ‘Measuring Cosmic Acceleration: a Blunder Undone’
(Faculty and Graduate Student Colloquim)
Title:  “Measuring Cosmic Acceleration: a Blunder Undone” Technical Colloquium by Dr. Robert Kirshner
Time:  Wednesday, October 3, 11 am
Place:  SCGP Lecture Hall, 102
Abstract:
When Albert Einstein applied General Relativity to the universe in 1917, he famously included a “cosmological term” to make a static solution.  By 1930, observations showed that the universe was not static, but expanding, and Einstein banished the cosmological constant from further discussion.  But observations in the 1990s using thermonuclear supernova explosions as cosmic yardsticks, established that the expansion of the universe is accelerating, which could be the result of a modern form of Einstein’s cosmological constant: a negative pressure associated with the vacuum.  This observational work was recognized with the 2011 Nobel Prize in Physics.  But there is no fundamental understanding of why this pressure is so small, why it is comparable to the present energy density of matter, or why the inflection from cosmic  deceleration to cosmic acceleration is so recent. I will sketch present-day efforts using the Hubble Space Telescope to constrain the properties of the dark energy and to see whether it is or is not identical to the cosmological constant.
[box, type=”download”]Watch the video.[/box]

Biography:
Robert Kirshner is Clowes Professor of Science at Harvard University.  A 1970 graduate of Harvard College, Kirshner received his Ph. D. from Caltech and recently received an honorary Doctor of Science degree from the University of Chicago.  He served as President of the American Astronomical Society from 2003 to 2005.  He is a member of the National Academy of Sciences, and of the American Philosophical Society.  He shared in the 2007 Gruber Prize for Cosmology and received the 2011 Dannie Heineman Prize for Astrophysics from the American Institute of Physics.  Two of the recipients of the 2011 Nobel Prize in Physics, Brian Schmidt and Adam Riess, were his graduate students at Harvard.  A frequent public lecturer on astronomy, he teaches a large undergraduate General Education course at Harvard called “The Energetic Universe” and is the author of the popular-level book The Extravagant Universe: exploding stars, dark energy, and the accelerating cosmos.  From 2001 to 2007, he was Master of Quincy House, one of Harvard’s undergraduate residences. 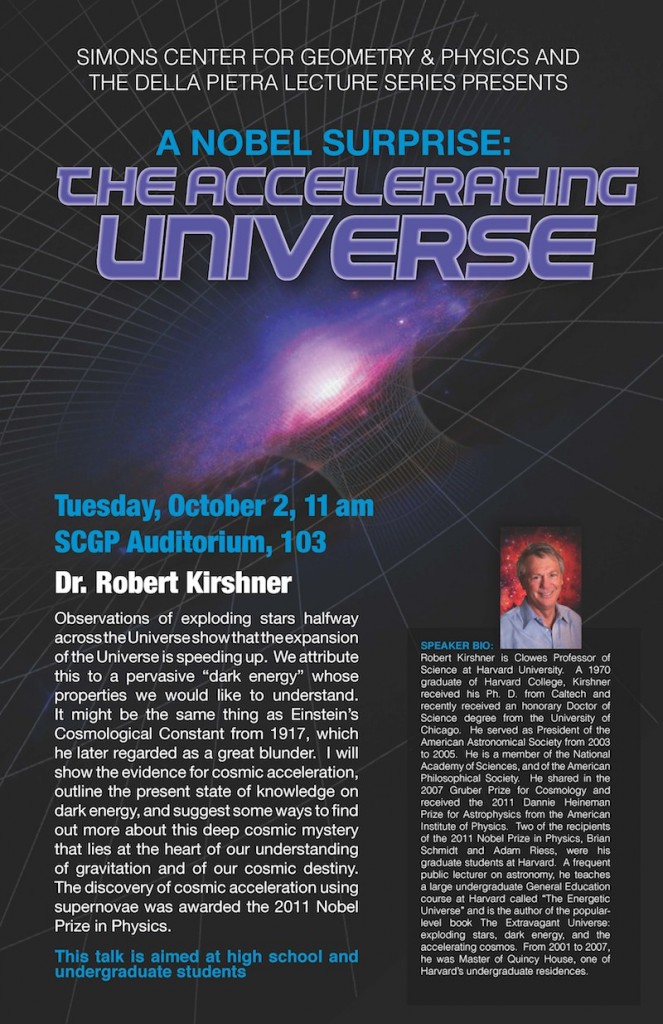 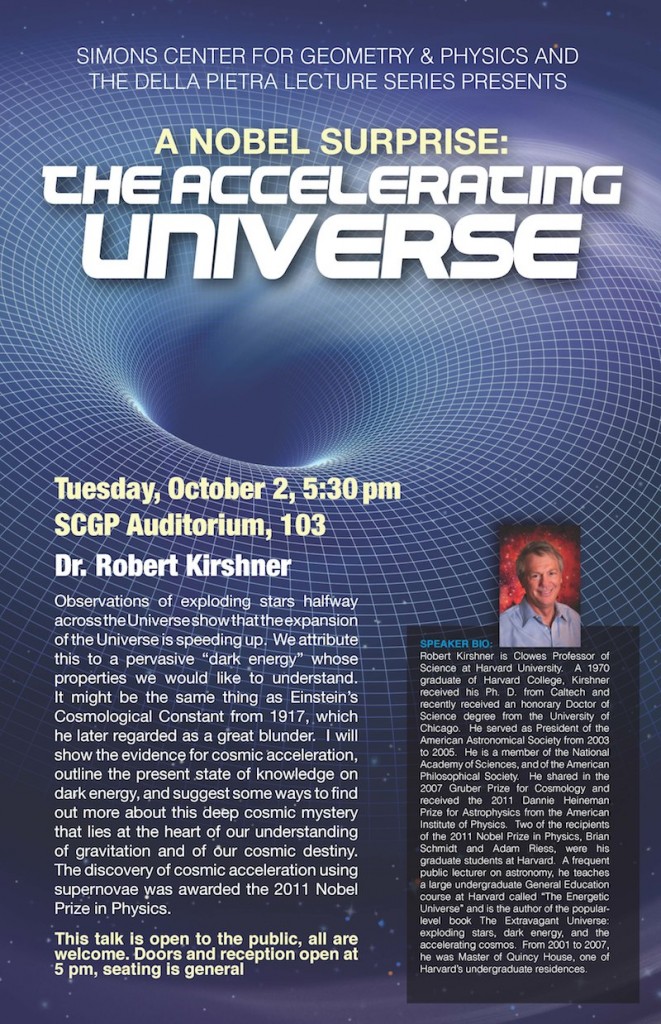 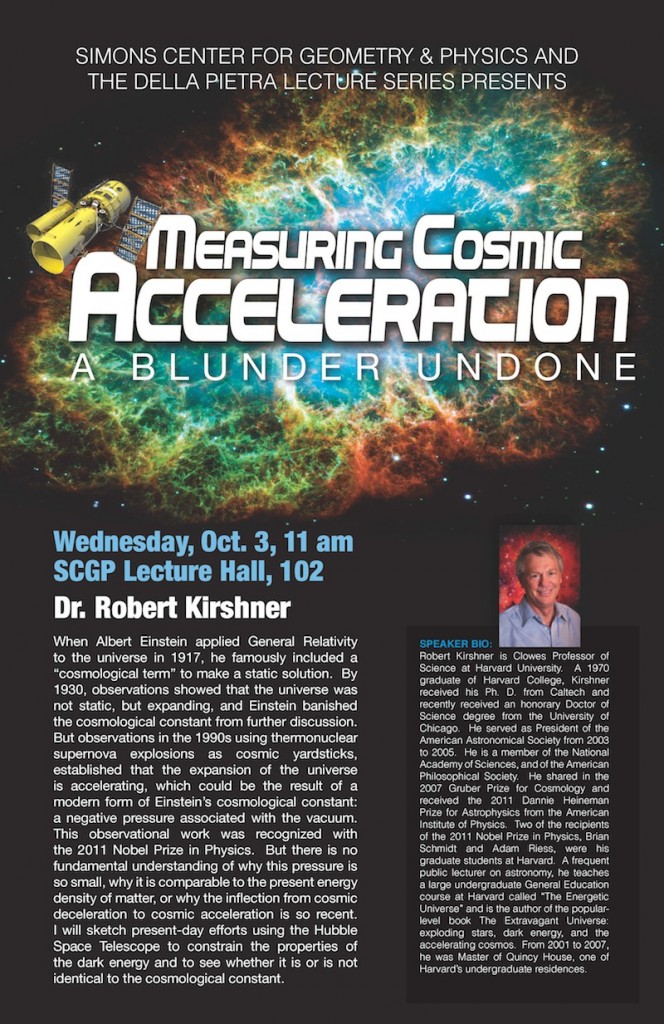