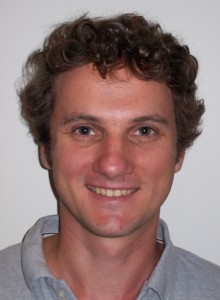 An interview with Sergei Dubovsky. The Russian physicist, now at the Center for Cosmology and Particle Physics at NYU, is an expert in physics beyond the Standard Model. He is a strong advocate of the Multiverse scenario of String Theory.

A strange universe populated by exotic particles called “axions”, that make black holes explode in spectacular “bosenovas”. If it were our universe, it would be called the axiverse…

If the concept of “multiverse” troubles you already, how about the “axiverse”? Are you confused? Let’s take a step back. One of the most revolutionary features of string theory is the concept of multiverse, or the existence of a huge number of parallel universes. This prediction and its practical consequences are very difficult to study. According to Sergei Dubovsky, a theoretical physicist at Center for Cosmology and Particle Physics of New York University, we can open a window on the multiverse by studying the physics of axions, exotic particles not yet observed. Their discovery would lead us to conclude that we live in a strange “axiverse” in which blacks holes explode forming giant “bosenovas”.

What is the axiverse? What are the axions and why do you expect them to be around, even if we never saw them?

“Axiverse” is the word we invented for a theory with many extremely light particles (axions). It’s meant to remind about one of the most interesting and controversial outcomes of string theory—the multiverse. The multiverse stands for a plenitude of vacua with different laws of physics. In this picture many of the laws of physics are not truly fundamental but determined by a somewhat random choice of the vacuum where we happened to live. This is similar to how many of the properties of the Earth (like climate, duration of the day, Moon cycles) are not fundamental because, as we know since Copernicus, the Earth is just one of billions of planets with different properties where we happened to live. The multiverse idea is very hard to test, because unlike other planetary systems, different vacua are not accessible for a direct observation. However, it turns out that the same fundamental dynamical ingredients of the string theory that give rise to the plenitude of vacua may give rise also to the plenitude of axions in our vacua—the axiverse. It is encouraging that, as was noted about 30 years ago, a strong independent motivation for the existence of at least one axion comes from the theory of strong interactions. This “QCD axion” would explain why the laws of strong interactions are invariant under changing the direction of time.
What are the consequences of this picture for the world we live in?

There are several possible observational consequences of ultra-light axions. Some of them may change the properties of the relic photons emitted soon after the Big Bang, this effect may be discovered by the Planck satellite, which was launched last summer. Also they may live imprints in the distribution of galaxies in the Universe. Probably the most surprising and unexpected effect is that rotating astrophysical black holes become unstable in the presence of ultra-light axions, the process known as superradiance.

What happens to the black holes, how does this change the usual picture of their evaporation?

Many of the astrophysical black holes are expected to be rotating when created, and this expectation appears to be supported by existing astrophysical observations. Without axions they would stay rotating practically forever, they evaporate their energy and angular momentum by the famous Hawking process, but that happens extremely slowly – at the time scale much longer than the current age of the Universe. Light axions may dramatically accelerate the initial stages of the Hawking process, by allowing a very rapid extraction of the black hole rotational energy.

Can we use these effects to extract energy from the black holes in an efficient way?

Unfortunately, we don’t have a rotating black hole close by (although, this is probably quite beneficial for our well being). So all we can hope for is to observe the black hole spin down far away in the sky.

Let’s talk about the bosenova. What is it?

This is the phenomenon which was actually observed in the lab. Recently, people learnt how to create and study a very exotic and interesting state of matter – Bose-Einstein condensate. If atoms forming the condensate attract to each other, a sufficiently large cloud of Bose-Einstein condensate becomes unstable. It collapses and then explodes, hence the name bosenova similar to the supernova—the collapse and explosion of stars. As a result of superradiance, a rotating black hole creates a giant cloud of axionic Bose-Einstein condensate around itself. One of the possible outcomes of its evolution is the bosenova effect. If happens, it has chances to be observed with future gravitational wave detectors.

What new aspects will axions teach us about the universe (or axiverse)?

First of all, they will provide us with a number of new spectacular physical phenomena. A black hole surrounded by a superradiant axionic cloud is a truly remarkable system – essentially, a huge gravitational atom in the sky. At a more conceptual level, finding many axions would be a strong support for the multiverse idea. As I said they originate from the same dynamical ingredients of string theory that give rise to the plenitude of vacua—these are extra spatial dimensions of complicated shapes and gauge fields (which are generalizations of the photon). From the conventional point of view there is no good reason for the existence of many axions – they are not needed neither for consistency nor for the aesthetical attractiveness of the theory. Finding a plenitude of such particles would support the idea that many of the observed laws of physics are quite random, as it is natural to expect in the multiverse.

Is there a way to falsify your theory of the axiverse?

The Planck satellite, which spent two years in orbit already, is going to give us precise information about a particular polarization of the Cosmic Microwave Background, called the tensor modes. There is definitely a conflict (which is often not appreciated enough) between having a high scale inflation (which is needed for observable tensor modes) and the GUT scale QCD axion, due to the bound on iso-curvature perturbations.

Whether the axiverse would get falsified by observing the tensor modes is more subtle. Definitely it would falsify the simplest picture and the most straightforward (and the most convincing, at least to me) line of reasoning, where masses of axions are scanned effectively (because they are exponentially sensitive to the details of the compactified dimensions of spacetime), while the Peccei-Quinn scales are not scanned and clustered around the GUT/string scale, and the bottom up argument for the axiverse is that we need the QCD axion, but don’t expect it to be atypical. On the other hand, it still can be that there are many axions – all one needs is that for axions dominating the dark matter (including the QCD one) the Peccei-Quinn phase transition happens after inflation, and all high scale axions have small enough masses. It is definitely possible to arrange at the effective field theory level, although I don’t have a good picture what it means for the Peccei-Quinn symmetry to be restored during inflation for axions arising as zero modes of Ramond-Ramond fields.

Black holes probe exactly the region where axions do contribute significantly to the dark matter, so they need to have low Peccei-Quinn scales now, and we loose all the signatures related to gravity wave emission and direct observation of the cloud. Still, probably, they would be causing an efficient spindown of black holes, although some of the details may be different. So the bottom line is that the most natural (and strong) expectation in the axiverse is that the inflationary scale is low and no tensor mode will be seen, but I think one should be cautious with making a much stronger statement.

the formula of love
entropic gravity