Resurgence is a mathematical formalism that unifies perturbative and non-perturbative expansions into a single unified framework in the form of a “trans-series”, such that the entire trans-series is internally self-consistent with respect to Borel summation and analytic continuation of the couplings. While resurgence is well-studied in the context of differential equations and applications to quantum mechanics, where it provides explicit relations between the contributions from different saddle points, the application to string theory and quantum field theory is more recent. In a parallel development, localization techniques provide a way to evaluate exactly certain functional and ordinary integrals, where typically one gets the contribution of all saddle points, perhaps with a finite perturbation series around a given saddle point. Gauge theories in various dimensions as well as supersymmetric sigma models are active domains of application of these techniques. This workshop aims to explore possible links between resurgence and localization, with applications to the Bethe/gauge-correspondence, topological string theory, Chern-Simons theories, integrable QFT, and four dimensional gauge theory in the context of the BPS/CFT-correspondence, and the AGT duality, in particular. 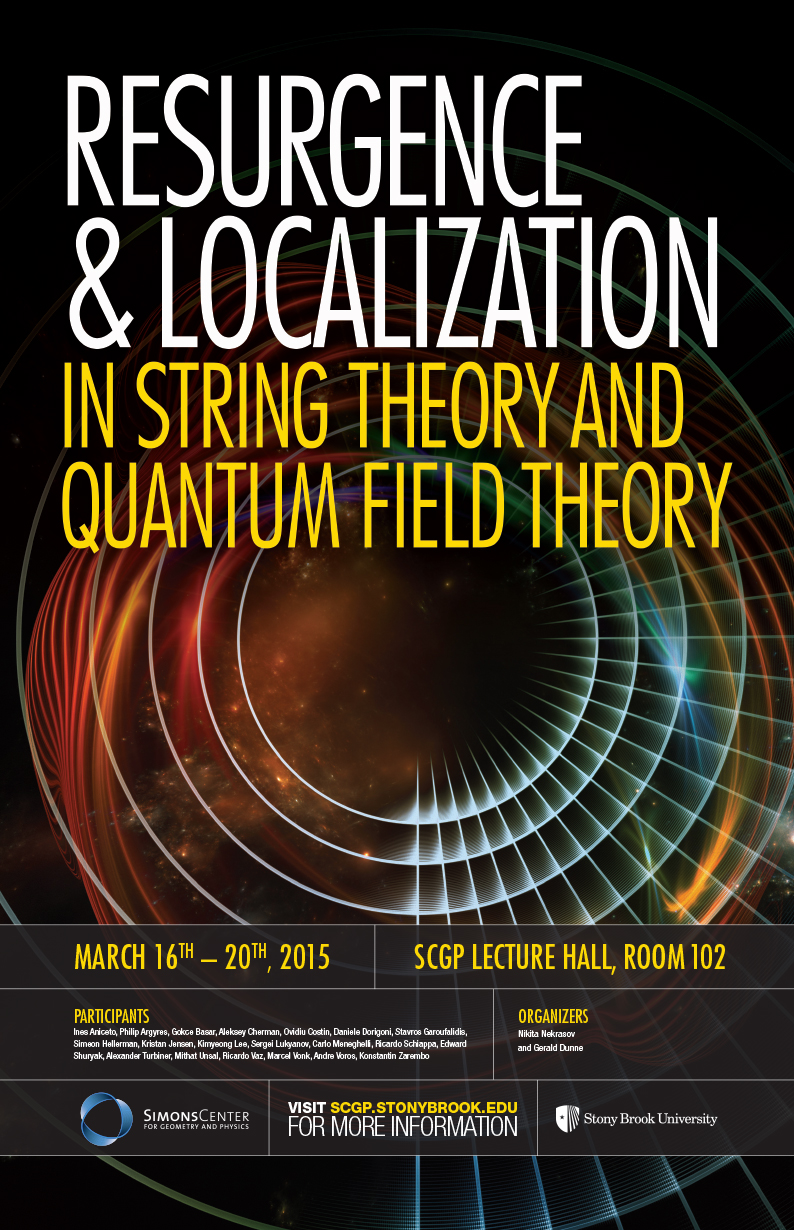