The identity of dark matter is one of the most important and urgent problems in physics today. For more than three decades, the dominant paradigm for explaining dark matter has been a Weakly Interacting Massive Particle (WIMP) and most theoretical and experimental efforts have been directed towards finding WIMPs. However, null results from direct and indirect detection experiments searching for dark matter, as well as a dearth of interesting candidates at the Large Hadron Collider at CERN, motivate the exploration of other well-motivated, non-WIMP dark matter candidates. Examples include axions, self-interacting dark matter, strongly-interacting dark matter, and dark matter with masses well below the Weak scale.

The purpose of this workshop is to investigate non-WIMP candidates, which requires a thorough theoretical exploration, including the study of model-building aspects, motivations, and existing constraints. Theoretical advances often lead to novel experimental approaches, which will also be discussed. Ample time will be devoted to informal discussions that will act to strengthen scientific collaborations and to identify new directions that may lead the dark matter frontier in the near future. 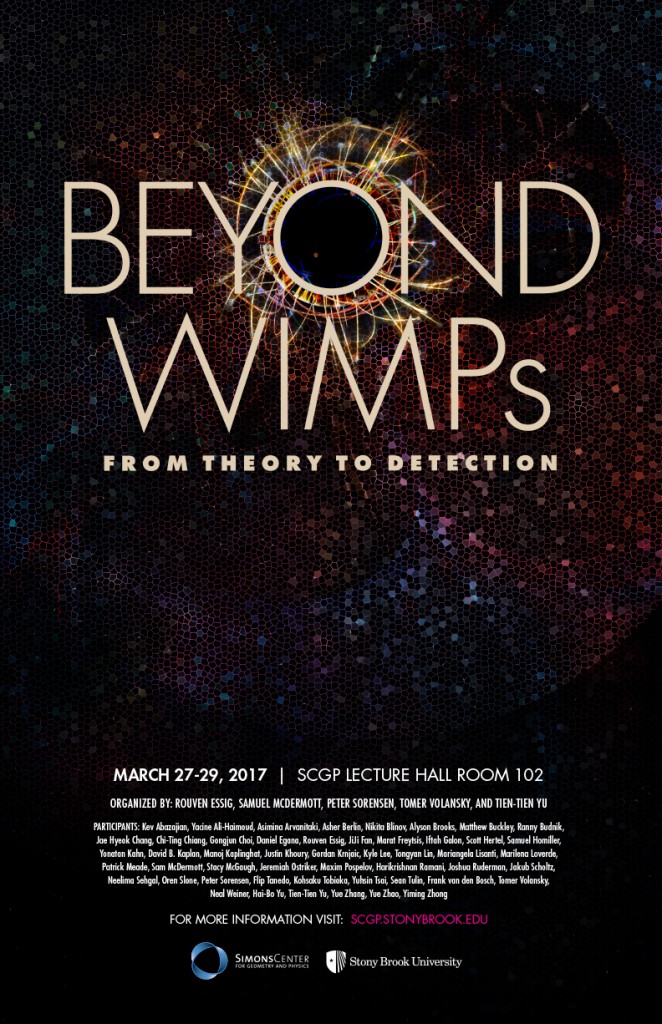