factories, but in the last two years the LHCb experiment at CERN has taken the lead. LHCb discoveries of pentaquark-like baryons

have given a major boost to theoretical interpretation of the exotic states and provided a firm basis for predictions of new ones, including a stable tetraquark. Theoretical ideas and developments include hadronic molecules, tightly bound tetraquarks and pentaquarks, diquark-antidiquark configurations, as well as significant progress in lattice QCD. In addition to the new developments in physics of exotic hadrons there have been several new interesting experimental results in flavor physics. If confirmed, they might signal physics beyond the Standard Model. The pace of progress in these fields is likely to be even faster in the next few years. The SCGP workshop will focus on these developments. The majority of participants will be contacted at the organizers’ initiative.

Please note that Monday May 28th is the Memorial Day holiday and the university offices will be closed. Still, the lecture hall will be available for the workshop, and talks will start Monday Morning. Arrangements will be made for breakfast and lunch on Monday, but no administrative staff will be present. The flavor physics segment of the workshop will take place during Thursday and all day Friday. Also on Thursday and possibly on Wednesday we hope to have some talks of common interest to both exotics and flavor communities. 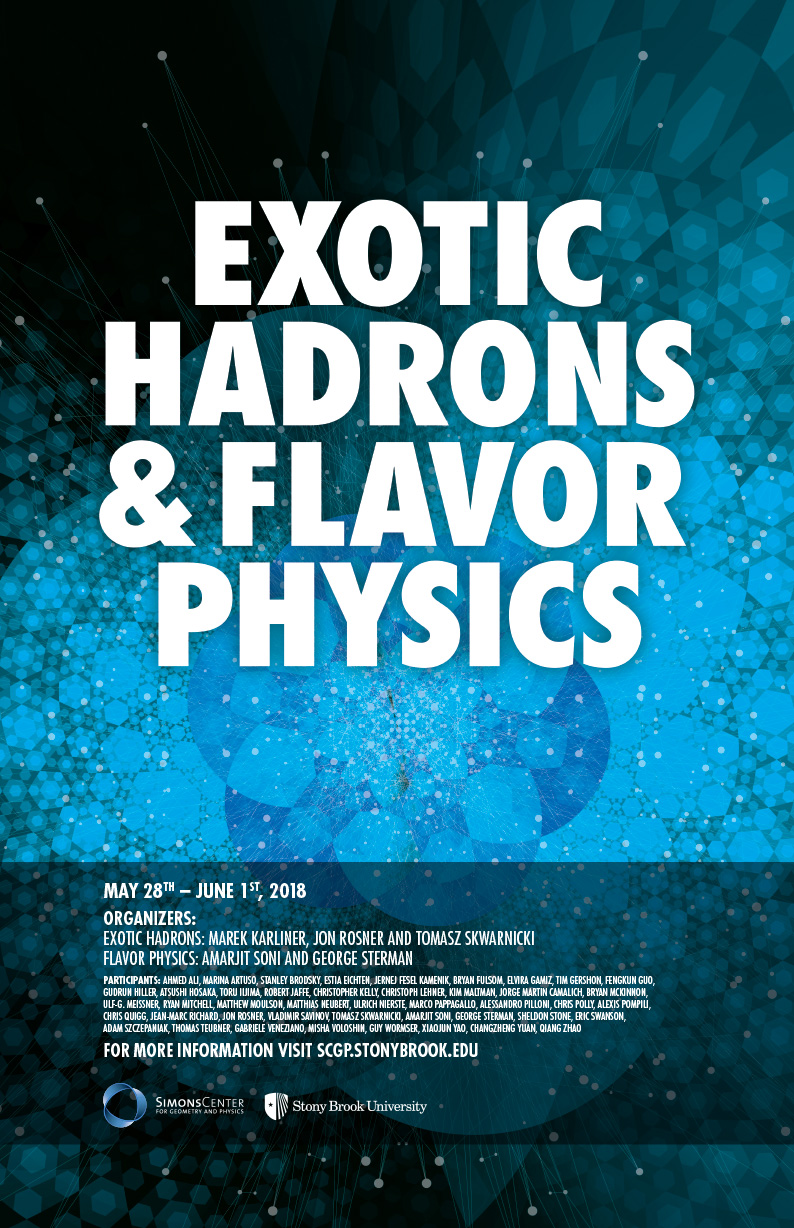