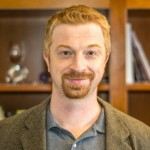 Abstract: In representation theory, a character is a function (distribution) on the group, given roughly by the trace of the group element in the given representation. In physics the character is a partition function in quantum mechanical system with twisted boundary conditions. The famous Weyl and Kac-Weyl character formulae have geometric meaning natural for the quantum mechanical interpretation. I will present the novel approaches to characters and their quantum deformations, inspired by the four dimensional gauge theory and Langlands program.