General Public Lecture
Tuesday March 31, 2015
Wine and Cheese Reception: 5:00pm, Simons Center Lobby and Art Gallery
Lecture: 5:30pm, Simons Center Auditorium, Room 103
Title:The Frontiers of Fundamental Physics Watch the Video
Abstract:
At the frontiers of physics we search for the principles that might unify all the forces of nature and we strive to understand the origin and history of the universe. In this lecture I shall describe some of the the questions that we ask and some of the proposed answers. I shall also discuss what it might mean to have a final theory of fundamental physics and whether we are capable of discovering it.

In 1973, Gross, working with Frank Wilczek at Princeton University, discovered asymptotic freedom, which holds that the closer quarks are to each other, the less the strong interaction (or color charge) between them; when quarks are in extreme proximity, the nuclear force between them is so weak that they behave almost as free particles. In 2004, Gross was awarded the Nobel Prize in Physics for his discovery of asymptotic freedom, along with Frank Wilczek and David Politzer. 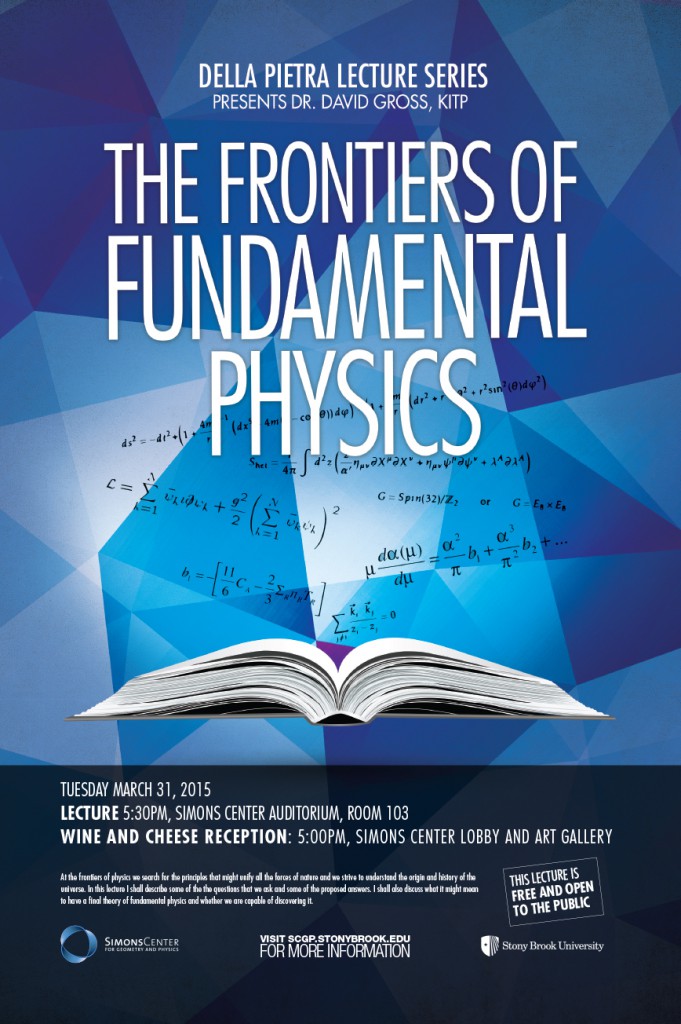