By Janell Rodgers on September 16, 2015 in workshops

Topological Quantum Field Theory (TQFT) was first introduced by Witten at the end of 1980s as physical theory. It was immediately followed by an avalanche of works by many authors, both mathematicians and physicists, among them Atiyah, Reshetikhin and Turaev, Segal,.. who showed TQFT is closely related not only to physics but also to low-dimensional topology (for example, invariants of knots in 3 dimensions),representation theory of quantum group, and homological algebra. The active development of the theory continues to this day, bringing together such different fields as condensed matter physics, theory of n-categories, and theoretical computer science, where one of the most promising approaches to building a quantum computer is based on the methods of TQFT. 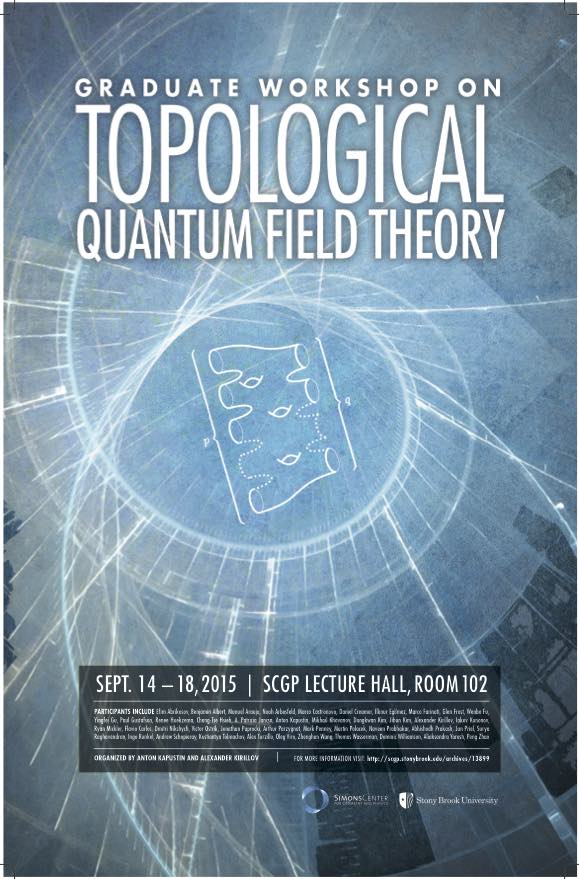