The purpose of the program is to relate physics and mathematics, and more specifically, statistical mechanics, algebraic combinatorics, and random matrices. The program will focus on the six-vertex model of statistical mechanics and related models, such as the XXZ spin chain, and loop models. The six-vertex model was introduced by Pauling in 1935mas a two dimensional version of a model for the hydrogen bonds in ice.

A remarkable observation was made by Razumov and Stroganov that concerns the six-vertex model at a special value of the parameter Delta=1/2, on afinite square grid, transformed into a loop model, i.e. a model of paths on the lattice that can end only on the boundary. In this case the paths visit all vertices exactly once, and all possible configurations are equally probable. This simple measure induces a probability measure on how the edges on the boundary are pairwise connected to each other. This is compared with another loop model placed on a half-infinite cylinder. In this case it is a loop model where the paths pass every edge once, every vertex twice and do not intersect. An equivalent six-vertex model has Delta=-1/2. Again every configuration is equally probable, and again this induces a probability measure on a pairing of the boundary edges. The observation of Razumov and Stroganov is that both probability measures of pairings of boundary edges are the same.
This observation was later proven by Cantini and Sportiello. The original observation has many generalizations on different geometries, but these have not been proven.

All program talks are held in SCGP Seminar Room 313.

WORKSHOP: Six Vertex Model, Dimers, Shapes and All That 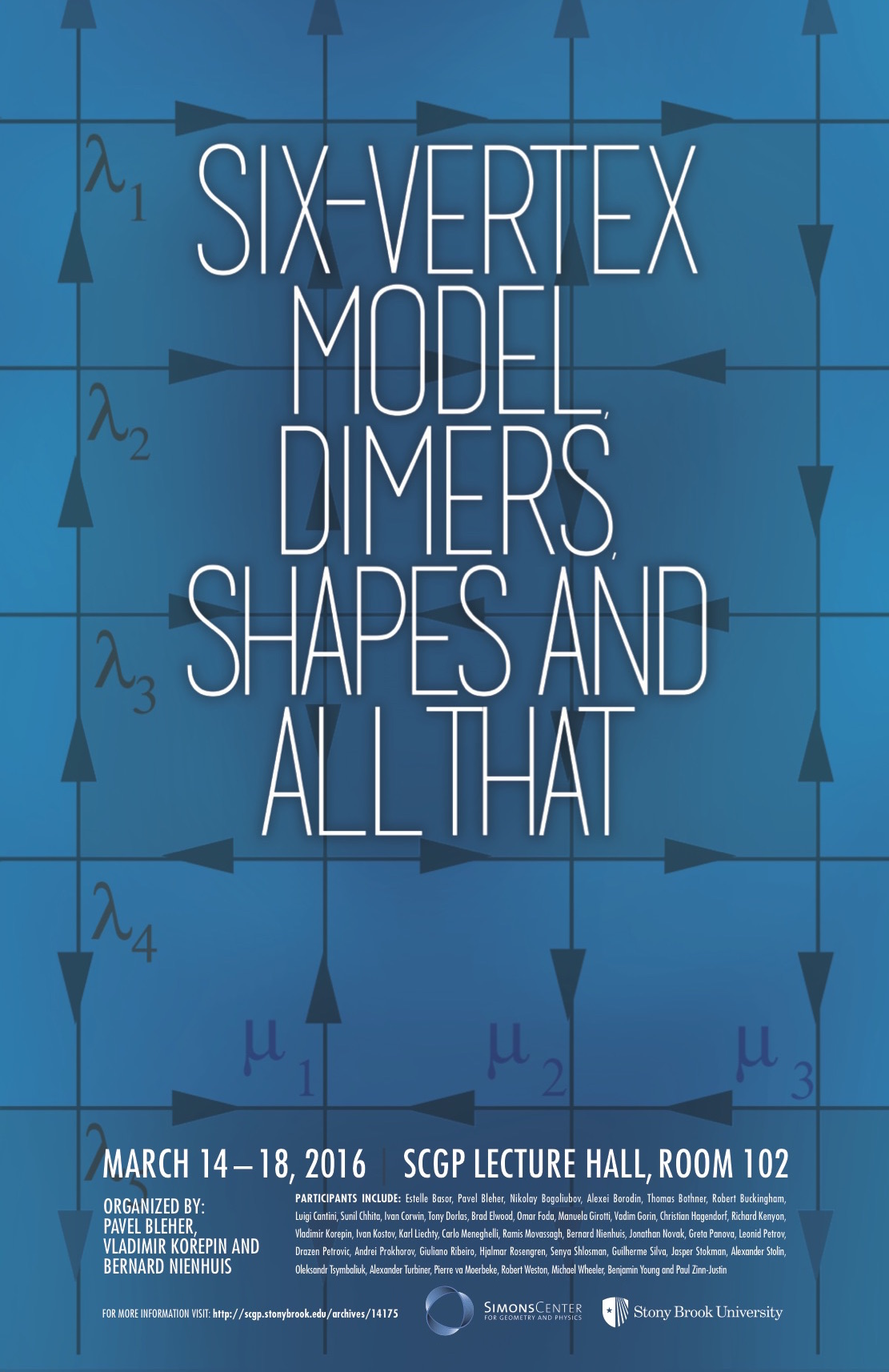