By Brianne Schmidt on December 1, 2015 in art and culture

The paving pattern outside the ground entrance to the Simons Center for Geometry and Physics follows a design invented by Roger Penrose in the early 1970s; the design comes from his solution to the problem of finding the smallest number of tile shapes that can only tile non-periodically: the entire pattern never repeats, no matter how far it is extended. Starting in 1984, X-ray diffraction patterns from some minerals, mostly aluminum alloys, revealed crystalline structures with the local 5-fold symmetry of this pattern; these are called quasicrystals. It had long been suspected that more than three dimensions were necessary for the theoretical analysis of some crystals. Mathematical confirmation came from the work of Nicolaas Govert de Bruijn, who proved that a tiling like this one comes from: 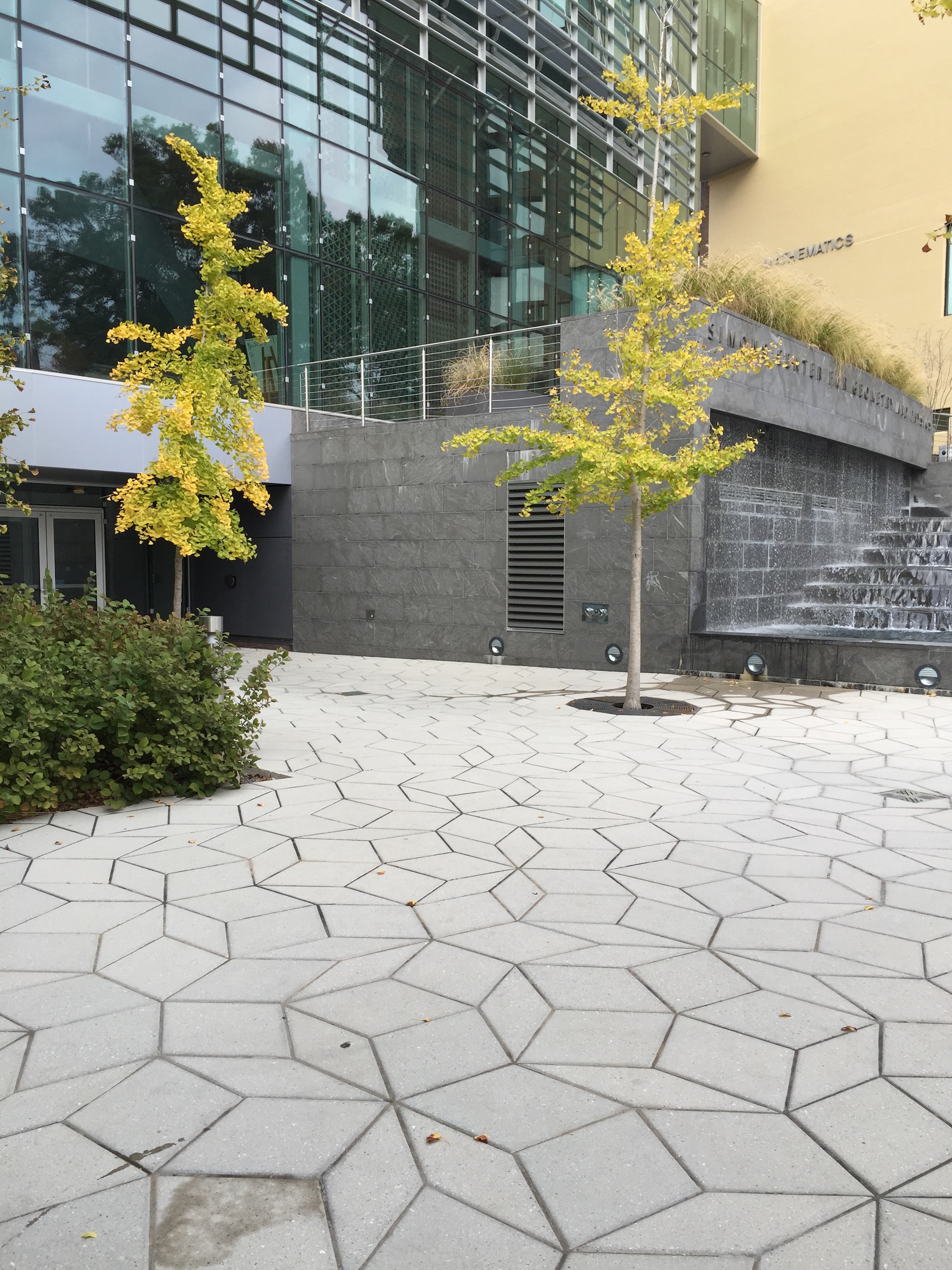 1. Drawing a plane in 5-dimensional space making certain irrational angles(related to the golden mean) with the coordinate axes.

2. Approximating that plane with a surface made up of unit squares, each parallel to one of the ten 2-dimensional coordinate planes.

3. Projecting that irregular polygonal surface onto the original plane.

De Bruijn’s work explains the non-periodicity of the Penrose tiling, the 10 possible shapes that occur (2 rhombuses, each with 5 orientations), and this optically intriguing feature: any three tiles around a vertex look like three faces of an ordinary cube in some perspective; but that perspective cannot be extended beyond those three.