By admin on December 5, 2011 in Interviews, videos 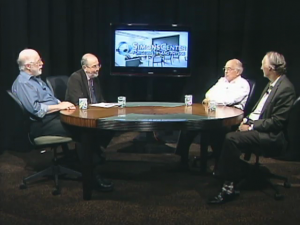 The conversation was taped in a studio on the campus of Stony Brook University and took place on November 7, 2011.

The Nature of Belief: An Interactive Journey Through Your Mind’s Eye
Raven-a-ing Quartet – Monday, December 12, 7:00PM