Title: ‘Paul Dirac and the religion of mathematical beauty’
Abstract: Paul Dirac is sometimes described as the theorist’s theorist. Co-inventor of the most revolutionary scientific theory of the past 150 years, he is now best known for conceiving anti-matter theoretically, before experimenters detected it. Mathematical beauty was ‘almost a religion’ to him, he remarked. In this review of his troubled life and his path-breaking work, I shall look at how this type of beauty became an obsession for him and why he is now regarded as visionary of the modern relationship between geometry and physics. 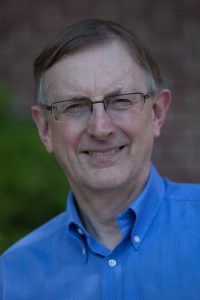 Graham Paul Farmelo (born 18 May 1953) is a biographer and science writer, a Fellow at Churchill College, University of Cambridge, U.K., and an Adjunct Professor of Physics at Northeastern University, Boston, U.S.A. He is best known for his work on science communication and as the author of The Strangest Man, a prize-winning biography of the theoretical physicist Paul Dirac.