The Della Pietra Lecture Series is pleased to present a series of lectures by Dr. Alvaro De Rujula, CERN, October 25-27, 2022

THE VALUE OF “PURE” SCIENCE

The Higgs boson and the Coronavirus

Institutions such as the Simons Foundation conduct “pure” research. That is, they pursue knowledge for its own worth, not for immediate economic gain. Particle-physics laboratories such as Fermilab (near Geneva, Illinois) or CERN (near Geneva, Switzerland) or BNL (near you) study the basic laws of physics in a similar spirit. An “important” particle called the Higgs boson was discovered at CERN ten years ago. This particle lives for an extraordinarily tiny fraction of a second. It could not possibly be more “useless”. In spite of this and many other examples, I shall argue that “pure” research in different areas is the second most useful human investment (or the third, now that we are actively destroying planet Earth).

CREATIVITY IN THE ARTS & SCIENCES
Exiting high school  you will have to decide what to do next with the rest of your lives. Not for me to advice you. Instead, I shall discuss various things that I would have liked to know, once upon a time, when I took a similar decision. All of this is an excuse to talk about the most pressing problems in the physical sciences and elsewhere. Problems that your generation will have to face.

SOLVING A MINOR CONUNDRUM: WHAT IS A GAMMA RAY BURST?
A case study of great news and fake news in science
A merger of two neutron stars was observed some five years ago, the first and so far last event seen both as a gravitational wave and as a burst of gamma rays followed by an “afterglow” at smaller photon energies. It is well known that the analysis of this gravitational wave (and others) constitutes yet another beautiful test of general relativity. Much less beautiful is, in my opinion, the story behind the analysis of the electromagnetic waves of this and other GRBs, once upon a time unscholarly glorified as “the greatest explosions after the big bang”. 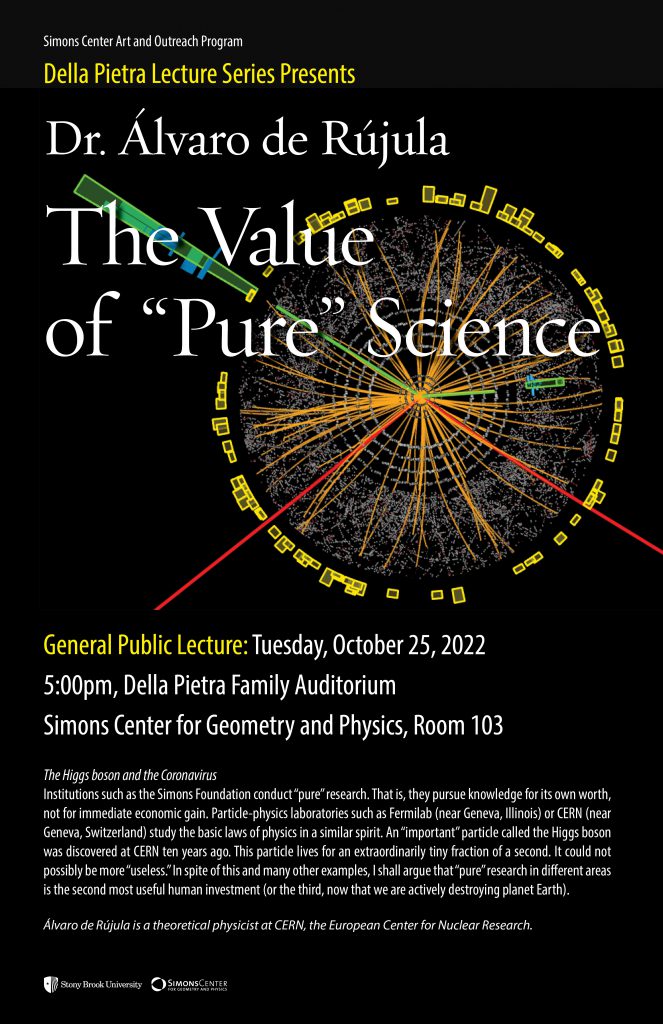 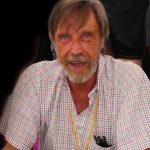 Álvaro de Rújula is one of the world’s leading theoretical physicists. He has worked since 1977 at CERN, the European Center for Nuclear Research (CERN), located in Geneva, Switzerland. He is currently a member of the Instituto de Física Teórica of the Autonomous University of Madrid.

As a theoretical physicist, Álvaro de Rújula has addressed several key topics of fundamental physics, both in matters having to do with the internal structure of the atom as in matters of cosmology and astrophysics, especially cosmic rays and “gamma-ray bursts”, which, he says “are mysterious showers of light coming from all over the universe, the origin of which we have recently finally understood”.

Álvaro de Rújula attained a Doctor in Physics degree from the Universidad Complutense de Madrid and has served as a professor at this university. He has also worked at the Institut des Hautes Études Scientifiques (IHES) in Paris, at MIT and he has taught at Harvard University and Boston University. He was elected to the European Academy in 1991.

The CERN laboratory launched the Large Hadron Collider, the largest and most powerful particle-physics machine in the world (LHC in its English acronym) whose main purpose is to reveal the basic laws governing Nature at a microscopic level.