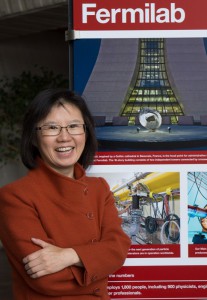 Young-Kee Kim, an experimental particle physicist, is Louis Block Distinguished Service Professor and Chair of the Department of Physics at the University of Chicago.  She has devoted much of her research to understanding the origin of mass for fundamental particles by studying two of the most massive particles (the W boson and the top quark), and the Higgs particle. Kim was co-spokesperson (scientific leader) of the CDF collaboration with ~ 600 physicists during a period of great scientific output.  As Deputy Director of Fermilab between 2006 and 2013, she had broad responsibilities including shaping programs such as the long-baseline neutrino program, which is the centerpiece of the domestic particle physics program, and the muon experiments. She devotes some of her time to accelerator physics and to educating the next generation of accelerator physicists. Kim was born in South Korea, and came to US in 1986 for her PhD at University of Rochester.  After her postdoctoral research at Berkeley Lab, she became Professor of Physics at University of California, Berkeley.  In 2003, she moved to the University of Chicago. Kim is a Fellow of the American Academy of Arts and Sciences, the Sloan Foundation, the American Physical Society, and the American Association for the Advancement of Science.  She received the Ho-Am Prize, the Women in Science Leadership Award from the Chicago Council of Science and Technology, South Korea’s Science and Education Service Medal, the University of Rochester’s Distinguished Scholar Medal, and Korea University’s Alumni Award. 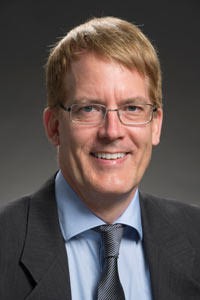 Joseph Lykken is Fermilab’s Deputy Director. A senior scientist at the laboratory, Lykken was a former head of the Theory Department and is a member of the CMS experiment on the Large Hadron Collider at CERN. He received his Ph.D. from the Massachusetts Institute of Technology and has previously worked for the Santa Cruz Institute for Particle Physics and the University of Chicago. Lykken began his tenure at Fermilab in 2005. He is a former member of the High Energy Physics Advisory Panel, which advises both the Department of Energy and the National Science Foundation, and recently served on the Particle Physics Project Prioritization Panel, developing a road map for the next 20 years of U.S. particle physics. Lykken is a fellow of the American Physical Society and of the American Association for the Advancement of Science. 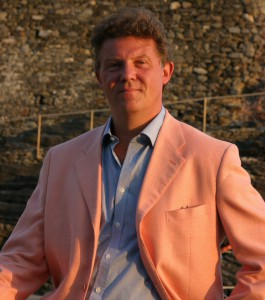 Dr. Michelangelo Mangano is a senior theoretical physicist at CERN, the European Centre for Particle Physics. He obtained his PhD from Scuola Normale Superiore (Pisa, Italy), with work on the phenomenology of Superstring theories. He held research positions in the theoretical physics Departments of Princeton University, Fermi National Accelerator Laboratory (Batavia, IL), and Istituto Nazionale di Fisica Nucleare (Pisa), before joining CERN in 1995. He is co-author of over 350 scientific publications, both in theoretical and in experimental particle physics. His main area of expertise is the dynamics of high-energy particle collisions, and their use for the understanding of elementary particles and for the search and study of the fundamental interactions. As a participant in the CDF experiment at the Fermilab’s Tevatron accelerator, he was a member of the team that discovered the top quark in 1994. He is constantly engaged in outreach activities, and in 1998 created CERN’s High School Teachers’ programme, which through the years hosted and trained hundreds of teachers from all over the world. He has been visiting scholar or lecturer in over 20 Universities and laboratories worldwide, and a member of the Scientific Programme Committee of over 50 International conferences and workshops, as well as member of the review committees for several Institutions and Laboratories, and of the Editorial board of various international scientific journals.