The aim of this workshop is to bring together people actively working on the physics of topologically non-trivial solutions in gauge theories. We would like to focus not on the objects themselves instantons, monopoles, instanton-dyons,flux tubes, domain walls but on their interactions, and on the physical phenomena in which the play a role. This includes the mechanism of confinement and chiral symmetry breaking in QCD-like and supersymmetric theories, the phase transitions associated with deconfinement and the restoration of chiral symmetry, and anomalous transport properties. Such phenomena are to be discussed not only in equilibrium setting, e.g. as a function of the temperature, but also in dynamical situations arising in high energy collisions. Accumulating evidences from studying shear viscosity, jet quenching, and heavy flavor dynamics also consistently point to an emergent magnetic component that dominates quark-gluon plasma dynamics near the phase boundary.

We believe that progress can be made by bringing together several different communities that are working on different aspects of this problem. The first community is lattice gauge theorists, who study non-perturbative phenomena numerically from first principles. Second, theorists working in quantum field theory and string theory, who have identified QCD-like theories that can be studied using controlled, analytic approximations, especially using supersymmetry. Finally, theorists working on the phenomenology of collisions of heavy ions at high energy. These collisions produce highly excited matter. Topological objects, domain walls, strings, monopoles, and instantons play a role in a diverse set of phenomena, from the initial particle production to equilibration and anomalous transport.

There are many recent developments which we intend to cover at the workshop. One active direction is the understanding of the deconfinement transition in terms of instanton-dyons. This scenario was proved in theories with N=1 supersymmetry, and semiclassical models were extended to full QCD. Dyon ensemble is being studied numerically and on the lattice. On the technical side there have been many important results: Dyon-antidyon streamline, controlled calculations of non-abelian strings, new techniques for computing determinants in non-trivial backgrounds. Ideas about anomalous effects in heavy ion collisions have led to the discovery of a plethora of anomalous transport coefficients. Dynamics of QCD strings has been studied in new light, in Pomeron physics as well as in the multi-string settings.

The workshop will review recent progress along these different lines of research, bridge existing gaps among communities, generate new insights and develop future collaborations. We expect to have vibrant interactions among lattice practitioners, formal theorists, model builders and phenomenologists.

The application is now closed. 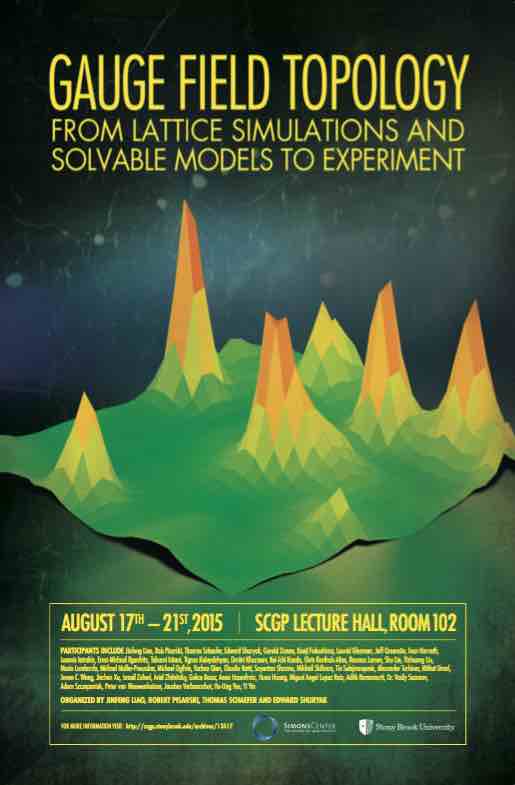