The study of 1D discrete Schroedinger equation lies across physics, spectral theory, and dynamical systems. It models the motion of a quantum particle in a disordered medium. The evolution of motion is studied via the spectral theory of the Schroedinger operator. For instance, the pure point spectrum corresponds to insulating behavior, and absolutely continuous spectrum to conductive behavior. In 1958, P. Anderson discovered the absence of diffusion for certain random lattice Hamiltonians, resulting in the Nobel prize in physics for him in 1977. Rigorous mathematical results were not available until 1980s. A key ingredient is Furstenberg’s work on positivity of Lyapunov exponents (LE) for random products of matrices, which is a result in dynamical systems. Since then, the relation between spectral theory and the dynamical object LE has been intensively studied. One of the most interesting cases other than the random case is the case of quasiperiodic (intermediate between periodic and random) potentials, which is even more subtle in the sense that metal-insulator transitions occur. The insulating behavior happens at positive LE regime; the conductive behavior occurs in the regime of zero LE. Most of the existing results concerning quasiperiodic case are for analytic potentials. There is recent progress for smooth potentials. New research directions such as inverse spectral theory, and potentials defined on other types of base dynamics are also very promising.

On the other hand, the discovery of quasicrystals by D. Shechtman in the early 1980’s, which led to his Nobel prize in chemistry in 2011, further precipitated the study of Schroedinger operators with potentials intermediate between periodic and random. One of the ways to mathematically model quasicrystals is via substitution tilings. In 1D great progress has been made by applying sophisticated dynamical systems techniques. Indeed, the spectrum can be studied as a cross section of the Julia set of the associated renormalization map, leading to a dictionary between spectral characteristics and the dynamics of the renormalization map. This in turn leads to a fine understanding of the quite subtle quantum dynamics. Similar techniques have been recently applied, with equal success, to a number of other physically relevant models, such as classical and quantum spin models and quantum walks on the line. The focus in the community has began to shift towards models of dimension 2 and higher (such as operators over the Penrose tiling), which seem to require completely new ideas. Nevertheless, somewhat simplified (but still physically relevant and mathematically nontrivial) higher dimensional models demonstrate prominence of techniques from topological dynamics and geometric measure theory — techniques that have been applied with noticeable success in recent years.

Thus, the purpose of the proposed workshop is to facilitate dissemination of recent results and discussions on current and future research directions, among the experts in spectral theory and dynamical systems. 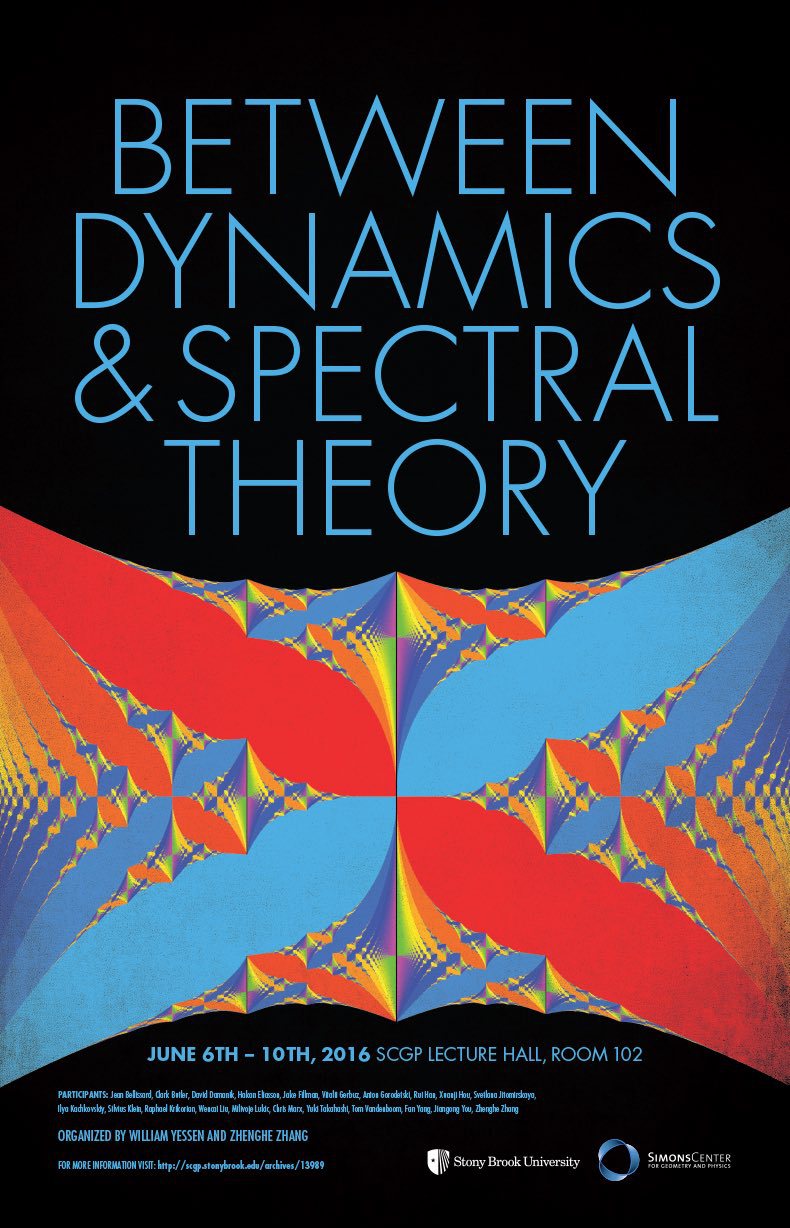