The purpose of this workshop is to kick-start a 6-week program on the interface between number theory, representation theory and string theory. Specifically the aim is to investigate connections between string amplitudes, BPS-states, automorphic forms and mock modular forms. The workshop will serve to set the stage by introducing the various topics and help to initiate the bridge-building process, pointing to connections and possible areas of cross-fertilization. In particular, one of the chief aims of the workshop would be to highlight the role of representation theory, both in string theory as well as in the context of (mock) automorphic forms. The seeds for discussions and collaborations that spring from the workshop can then be fostered and allowed to grow during the remainder of the program. 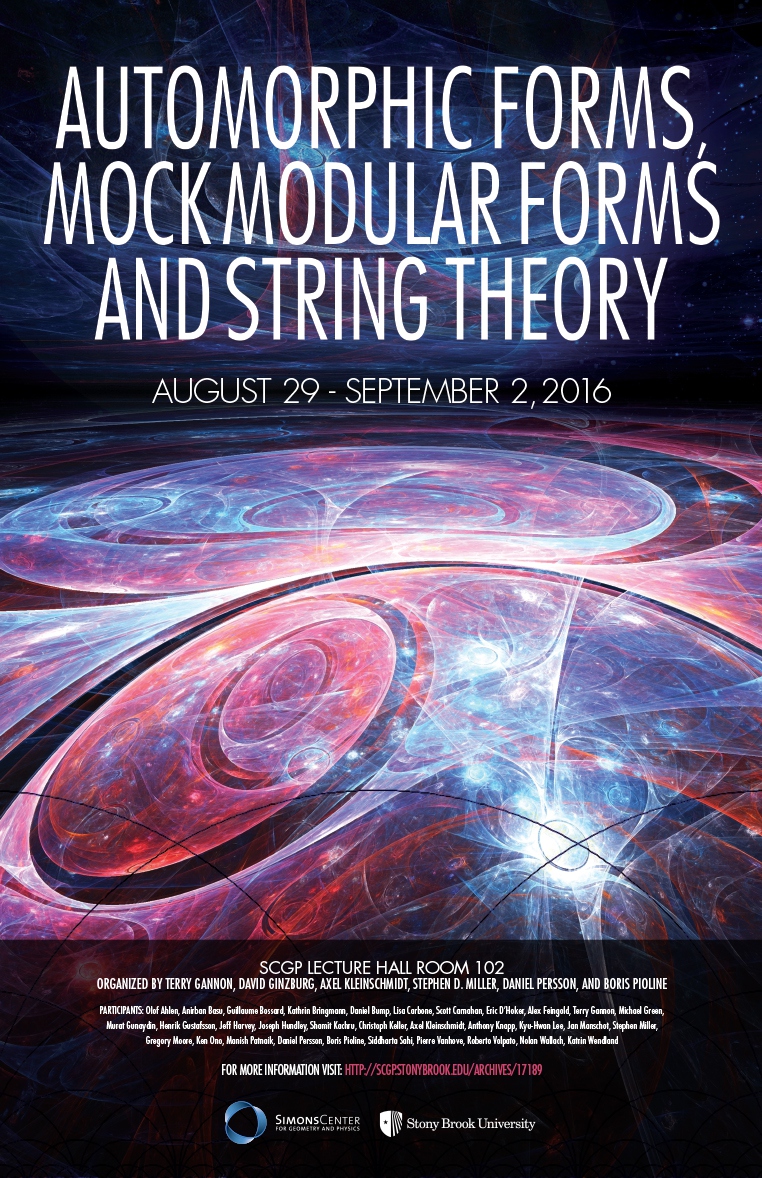