Dr. David Shoemaker is the Director of the MIT LIGO Scientific Collaboration, and the Leader of the Advanced LIGO Project to make the detectors used in the discovery of gravitational waves. Shoemaker started out as a lab technician at Massachusetts Institute of Technology (MIT) in the mid-70’s, but after joining Rai Weiss’ lab he built and tested the instrument which made the first definitive measurement of the Cosmic Microwave Background spectrum in the ‘70s. Shoemaker then turned to the field of gravitational-wave detection, helping to advance the measurement technology. After working in Garching, Germany at the Max Planck Institut für Quantenoptik, and in Orsay, France at the Université de Paris, he returned to MIT in Cambridge, Massachusetts and worked on the Initial LIGO detectors before taking on the effort to realize the second generation of detectors. Shoemaker is now working to enable 3rd-generation approaches to yet better sensitivity, and supporting efforts to put gravitational-wave detectors in space.

This talk is part of the exhibition RESOUND in the Simons Center Gallery.

RESOUND — an exhibition inspired by the recent detection of gravitational waves in space.

For more information on the exhibition: https://scgp.stonybrook.edu/archives/19799 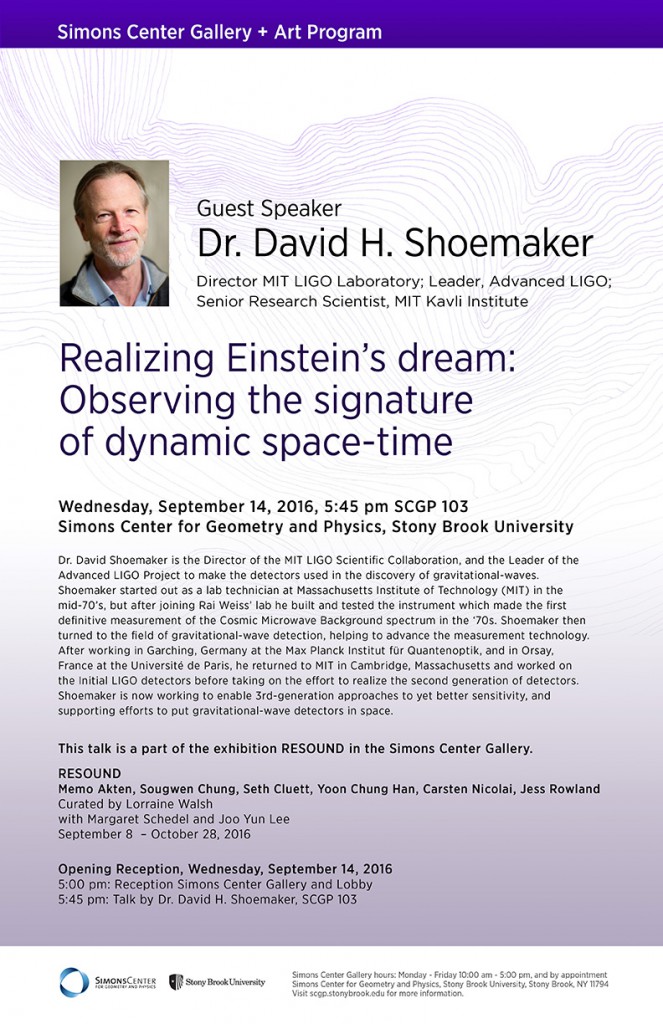