By tdepace on August 30, 2016 in art gallery exhibitions

The Simons Center Gallery is pleased to present RESOUND, an exhibition artistically inspired by the recent detection of gravitational waves in space.

Sougwen Chung (born 1985, Toronto, Canada) explores the mark made-by-hand and the mark made-by-machine as an approach to understanding the interaction between humans and computers. Chung’s organic, maximalist work is inspired by intuitive and algorithmic processes and her speculative artistic practice spans installation, sculpture, still image, drawing, and performance. In 2016, Chung was presented with the Excellence Award by Japan Media Arts for her project Drawing Operations, a collaborative performance with a robotic arm. Chung was an artist and research affiliate at MIT’s Media Lab in Cambridge and an inaugural member of The New Museum’s NEW INC in New York. Chung’s work has been exhibited internationally including at the Museum of Contemporary Art, Geneva; National Art Center, Tokyo; Tribeca Film Festival, New York; The Hospital Club, London; Mutek Festival, Montreal & Mexico City and Sonar Festival, Barcelona. Her work has also been featured in The New Yorker, Art F City, Dazed and Confused, The Creators Project, among many others.

Seth Cluett (born 1976, Troy, New York, USA) is an artist whose work includes installation, concert music, performance, photography, and critical writing. Exploring the territory between the senses, Cluett’s works are marked by a detailed attention to perception and to the role of sound in the creation of a sense of place, the workings of memory, and the experience of time. Cluett is a recipient of awards from Meet the Composer, the Andrew W. Mellon Foundation, and the Foundation for Contemporary Arts Emergency Grant and his work has been presented internationally at venues such as Palais de Tokyo, Main d’Oeuvres, and GRM, Paris, Paris; Hebbel am Ufer Theater and Staalplaat, Berlin and the Whitney Museum, MoMA PS1, STEIM, Apexart, The Kitchen, Issue Project Room and Eyebeam, New York. He has published articles for Tacet Revue, Leonardo Music Journal, and the Journal of the Acoustical Society of America. Cluett is a joint-appointed Assistant Professor of Music & Technology and Visual Arts & Technology at the Stevens Institute of Technology in Hoboken, NJ.

Carsten Nicolai (born 1965, Germany) is a German artist and musician based in Berlin and Chemnitz. Nicolai is from an artist generation that works intensively in the transitional area between music, art and science. In his work Nicolai seeks to overcome the separation of the sensory perceptions of man by making scientific phenomena like sound and light frequencies perceivable for both eyes and ears. Influenced by scientific reference systems, Nicolai often engages mathematical patterns such as grids and codes, as well as error, random and self-organizing structures. Nicolai’s installations have a highly intriguing minimalist aesthetic by virtue of its elegance and consistency. After his participation in important international exhibitions like documenta X in 2012 and the 49th and 50th Venice Biennale, Nicolai’s works were shown worldwide in extensive solo and group exhibitions. Nicolai’s artistic œuvre echoes in his work as a musician and for his musical outputs he uses the pseudonym Alva Noto. In this role, Nicolai and collaborator Ryuichi Sakamoto composed the score for the 2015 award-winning film “The Revenant.”

Jess Rowland (born 1971, Natick, Massachusetts, USA) is a sound artist, musician and composer whose work explores the relationship between technologies, popular culture and other absurdities, investigating the weirdness of reality and how we all deal with it. Recent installations and performances include the 2015 NY Electronic Arts Festival, Berkeley Art Museum, and Luggage Store Gallery. Rowland received her MFA from the University of California Berkeley, under the mentorship of Adrian Freed, Director of Audio Research, and continually aims to reconcile the world of art and the world of science. Affiliated with lab of David Poeppel, Neuroscience Director of the Max Planck Institute for Empirical Aesthetics, studying music and speech perception, Rowland has published her research in perceptual neurosciences and in music technologies for journals including Leonardo Journal of Music. Rowland is currently working on the release of a unique video collection presented at Harvestworks and Spectrum in New York City; The Banff Center in Canada, and elsewhere, exploring the misappropriation of corporate computerized technologies.

Guest speaker: Dr. David H. Shoemaker is the Director of the MIT LIGO Scientific Collaboration, and the Leader of the Advanced LIGO Project to make the detectors used in the discovery of gravitational waves. Shoemaker started out as a lab technician at Massachusetts Institute of Technology (MIT) in the mid-70’s, but after joining Rai Weiss’ lab he built and tested the instrument which made the first definitive measurement of the Cosmic Microwave Background spectrum in the ‘70s. Shoemaker then turned to the field of gravitational-wave detection, helping to advance the measurement technology. After working in Garching, Germany at the Max Planck Institut für Quantenoptik, and in Orsay, France at the Université de Paris, he returned to MIT in Cambridge, Massachusetts and worked on the Initial LIGO detectors before taking on the effort to realize the second generation of detectors. Shoemaker is now working to enable 3rd-generation approaches to yet better sensitivity, and supporting efforts to put gravitational-wave detectors in space.

Special thanks to Ibid Gallery, Los Angeles; Galerie EIGEN+ART, Berlin; Juliette Bibasse, and the Center for Excellence in Wireless and Information Technology (CEWIT). 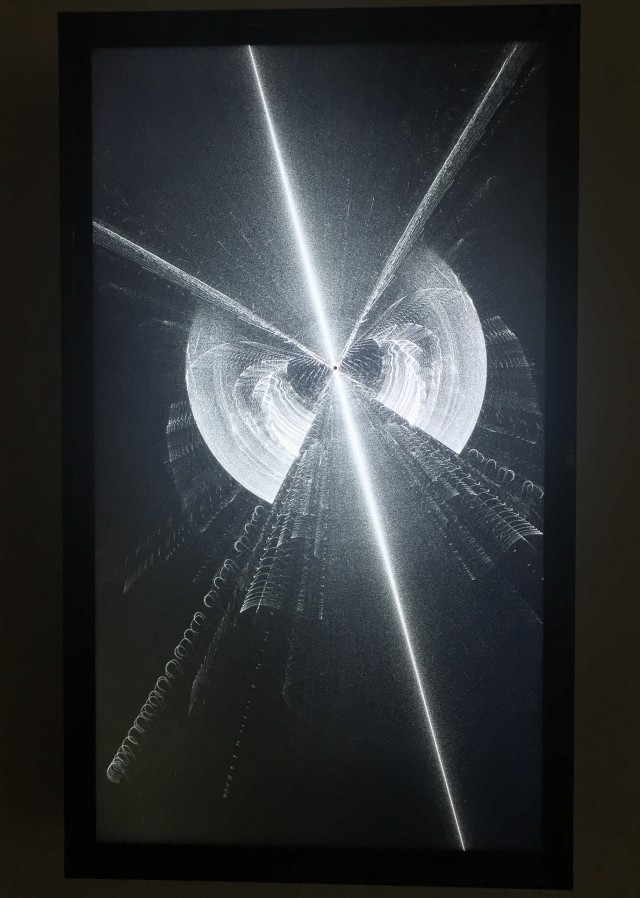 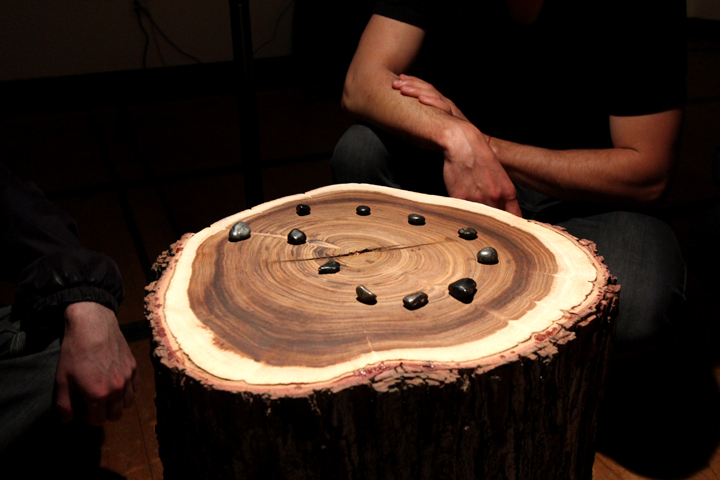 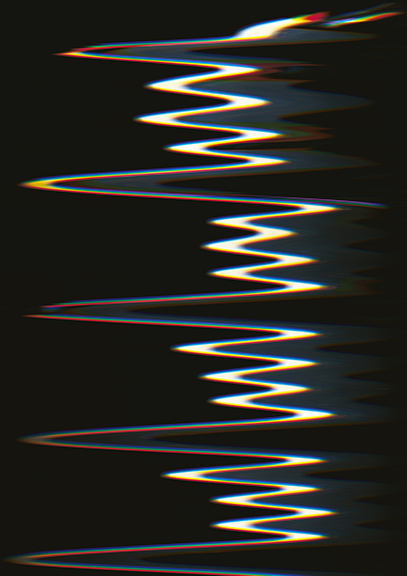