By Janell Rodgers on September 9, 2016 in workshops

The Chow group of an algebraic variety encodes information about its algebraic cycles up to rational equivalence. The study of Chow groups is intimately related to the study of the derived categories of coherent sheaves, as illustrated, for example, by recent results on rational points on derived equivalent K3 surfaces. The workshop will bring together researchers in the fields of derived categories of hyperkälhler and Calabi-Yau varieties and researchers in the theory of algebraic cycles on such varieties. Both fields experienced intensive activity recently and witnessed exciting new results. Facilitating the interaction between the two groups would likely yield further progress.

K3 surfaces and their higher-dimensional generalizations provided by compact hyperkälhler manifolds are a perfect testing ground for central conjectures in algebraic geometry, like the Hodge conjecture, the Tate conjecture, Grothendieck’s standard conjectures, Bloch-Beilinson conjectures, etc.. Significant new insight has been obtained in recent years, but many new and old questions remain open. These developments put hyperkälhler manifolds at a central place in the interaction between complex geometry, arithmetic algebraic geometry, and the theory of motives.

Derived categories on algebraic varieties have been of fundamental importance in many branches of Mathematics in the past years mostly due to the notion of equivalence between them. Equivalences both give rise to “hidden symmetries” among varieties (e.g., the McKay Correspondence) and provide interesting information on the variety itself. Among the topics to be addressed are: Bridgeland stability conditions and birational geometry, existence of stability conditions on threefolds, Bridgeland’s Conjecture on the structure of the group of autoequivalences of the derived categories of K3 surfaces, Kawamata’s Conjecture on derived equivalences between K-equivalent varieties, interesting examples of equivalences, and derived categories of GIT quotients. 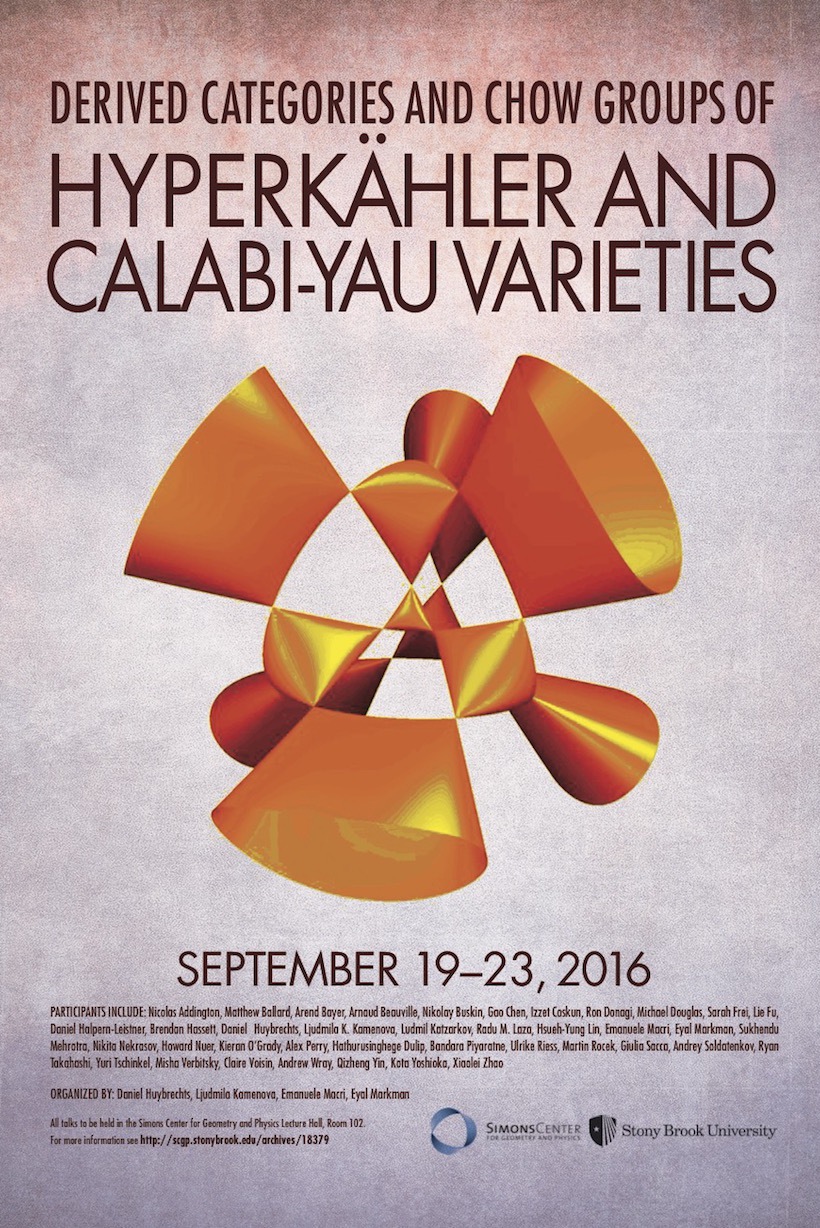