By Janell Rodgers on December 15, 2016 in workshops

The purpose of this workshop is to assess the most recent developments in string theory scattering amplitudes, including comparison of different formalisms as well as applications to target space (super-)geometry and the associated physics.

String theory has led to the discovery of fundamental properties of quantum gravity and gauge theory. The expansion of string amplitudes in powers of the energy of the scattering particles provides an infinite set of uniquely determined higher derivative (quantum) corrections to supergravity. These couplings play an essential role for moduli stabilization in string compactifications and for precision tests of holography between gravitational and dual quantum field theories. While such couplings are determined in principle, a direct analysis by comparing with the low energy limit of string amplitudes quickly becomes prohibitively laborious. Arguments utilizing symmetries and dualities enable one to make further progress. What is the state of the art regarding these corrections, and how can we employ the various formalisms now available to gain maximum insight?

This program will gather physicists working on various approaches to string scattering amplitudes, such as the R-NS, GS, hybrid, and pure spinor formalisms, as well as new formulations of scattering amplitudes in quantum field theory, like the ambi-twistor formalism. The main objective is the elucidation of the key properties of—and connections between—these various approaches, for the purpose of improving our overall understanding of string theory amplitudes and their associated low energy expansions.

This is an optimal time to have a workshop dealing with string scattering amplitudes since recently much progress has been made on field theory amplitudes resembling string theory amplitudes. Illuminating the concrete connections can lead to further progress. This workshop will consist of a series of lectures (1-2 a day) in the morning with research seminars held in the afternoon. 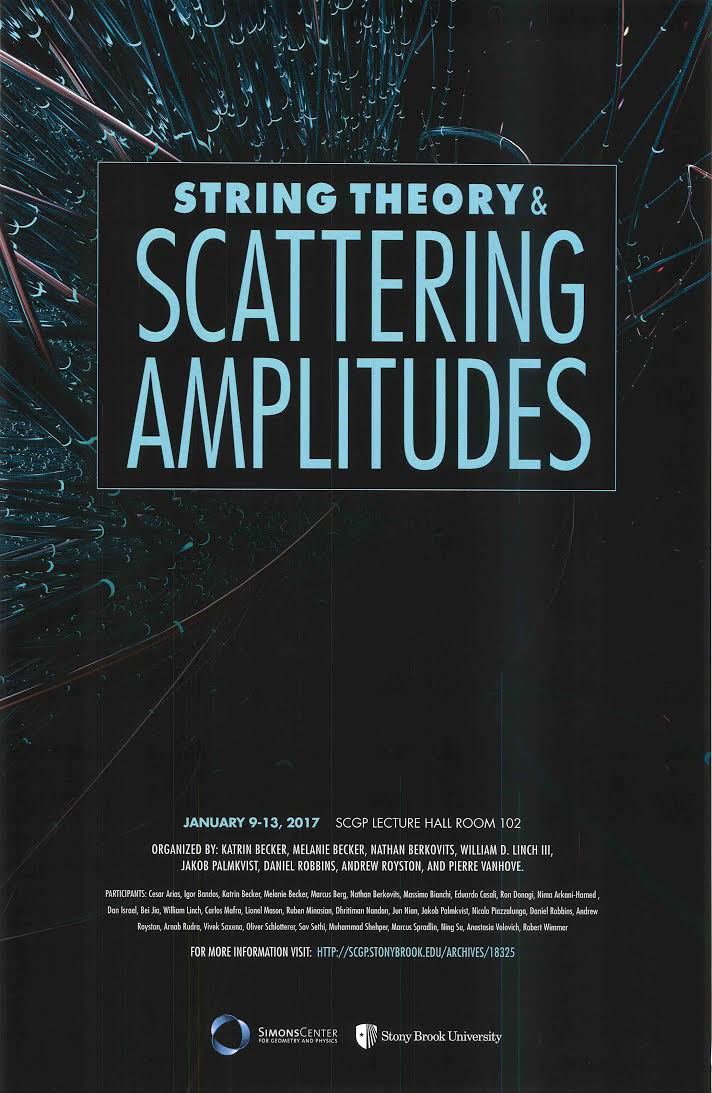 Congratulations to Dr. Mohammed Abouzaid, Recipient of the New Horizons in Math Prize
For Visitors: Cultural and Educational Offerings at Stony Brook University