The latest exciting edition of the Della Pietra Lecture Series was delivered by Professor Tadashi Tokieda, the Director of Studies in Mathematics at Trinity Hall, Cambridge and the Poincaré Distinguished Visiting Professor in the Department of Mathematics, Stanford.

Prof. Tokieda, who likes applying mathematics to physics, and also applying physics to mathematics, and whose interests ­include inventing, collecting and studying toys, grew up as a painter in Japan. Later he was educated as a classical philologist in France (in fact, English was the seventh language that he learned), before becoming a mathematician. He is known for using innocent-looking everyday objects to reveal the underlying mathematical surprises. Filled with experimental movies, table-top demos and cartoons, his talks were incredibly engaging, and sometimes even had a little magic in them.

Each edition of the series, bringing world-renowned scientists to the Simons Center, includes a technical talk, a high school lecture and a lecture for the general public. On February 9th the marathon of talks began with Chain Reactions, technical talk looking into phenomena in nature where the reaction seems neither equal in magnitude not opposite in direction of the action. Kicking off with a chain fountain, the talk included unknown paragraphs from Aristotle, apparently in more and more violation of Newton’s 3rd law, analysis of which suggested that these phenomena are in a sense generic, the keys being shock, singularity in the material property, and ­supply of “critical geometry.” 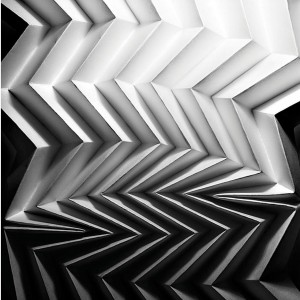 Miura Ori. A slide from Science from a Sheet of Paper. Courtesy Tadashi Tokieda

The next talk Tadashi gave that same day was ­titled Science from a Sheet of Paper. By folding, stacking, crumpling, and tearing he explored the rich variety of sciences, from geometry and magic tricks to elasticity and the traditional Japanese art of origami (ori–fold, gami–paper). But there was more in professor’s bag of tricks—during special tea, Tadashi, who knows too well that one of the most interesting places to be is around scientists when they eat, quickly performed a timely ­Valentine’s Day present—linked paper hearts, with a pair of rings next to them.

Magic with a Ribbon, Paperclips, Rubber Bands, a captivating talk given on February 10 to over two hundred high school students, confronted the ­perception that answering a question ‘What does it mean to calculate?’ involves numbers and formulas. Using a ribbon, paper-clips and rubber bands, he explored a sequence of magic tricks, and before they knew it, students found themselves doing ­sophisticated ‘calculations’ on objects, that aren’t numbers or formulas at all. 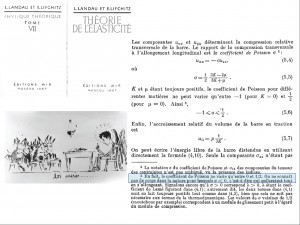 A slide from Science from a Sheet of Paper. Courtesy Tadashi Tokieda

There was indeed something magical in how Tadashi’s hands, projected on the screen, showed fantastic geometry of Miura ori (a self-collapsing map being folded with only 1 degree of freedom). A true wit, with observations like “In biology cells divide by multiplying”, Tadashi filled his talks with jokes. The audience was to look differently at theories of Galois, Gauss, and Poisson, laugh about Landau preaching to his ‘disciples’ with donkey ears, ­Amazon River, elephants, and Leonardo Da Vinci, and learn the theory of elasticity in 45 seconds. The magic Tadashi showed is robust, you can later show it off to friends and family. So, “take a sheet of paper…” (Tadashi Tokieda)

To watch the videos, please visit the SCGP video portal.