By Maria Shtilmark on September 10, 2016 in 2016-spring, Interviews, newsletters

Pleasure to welcome you at the Simons Center. You were able to not only come to the Center, but to be a sole organizer of the workshop on Stochastic Partial Differential Equations. What were the workshop’s highlights?

We naturally focused on recent developments. I tried to invite participants from different directions, who didn’t ­necessarily know each other before, to enable people to hear new things. A few years ago several works came out in relatively quick succession, developing different theories that now allow to deal with classes of stochastic PDEs that nobody knew how to tackle before. I developed one of these theories, and more or less at the same time Massimiliano Gubinelli and coauthors developed a different approach that solves very similar problems. These led to an explosion of new results in various directions. There are many brilliant young people who got attracted to the field, so partly the point of the workshop was to get them to meet the older crowd of the stochastic PDE community. 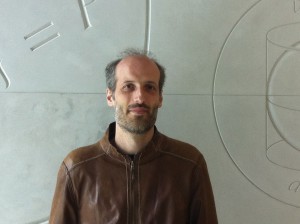 Your lecture “Random Loops”, given within the Simons Center Weekly Talks framework, received many accolades among members of the Stony Brook math community. For our readers, what were its central geometric, algebraic, or analytical points?

The central point was more on the ­algebraic, rather than the geometric side. There is a whole theory of renormalization developed for the last 70 years or so in order to get rid of ­infinities, or divergent quantities, that arise in Quantum Field Theory. These were fairly well understood at the intuitive, or physical level some time ago and, at the mathematical level, their algebraic structure was fairly well understood 15 years ago due in particular to works by Connes and Kreimer. The nice feature of the problem I presented is that one is naturally lead to two of these mathematical structures, acting in concert. One of them gets rid of the divergent quantities at very small scales, which is what one usually sees in quantum field theories – infinities showing up in the equations, and a mathematical structure acting on the problem, creating just the right cancellations for these infinities to go away. Simultaneously, part of the technique is to describe what happens at some much larger intermediate scale. When viewed from the perspective of these intermediate scales, one also sees divergences appearing at large scales. So there is another, formally very similar mathematical structure, appearing in the problem with the effect of removing these large-scale divergences. The way in which these structures appear and interplay is something people haven’t looked at before.

Which direction is your field, stochastic PDEs, developing?

One direction in which it is going now is to try to understand in a more systematic way how stochastic PDEs arise from classical models of statistical mechanics. What one is often interested in is to take some discrete microscopic model (spin model, particle model, etc), put some dynamic on it, and then try to understand what happens at very large scales. Typically, at very large scales, some form of the law of large numbers kicks in, leading to an effective description of the system by a PDE. In some typical situations, the system furthermore depends on a parameter like the temperature, external magnetic field, etc., such that, when one tunes this parameter there will be a critical value at which something happens, there is a change of large-scale behavior. When you then look at what happens to the large scale behavior at these critical values, one typically sees something random. So the small random fluctuations of the microscopic system build up to give a macroscopic random effect. In some cases, one can describe explicitly what happens at these large scales, how one has to rescale things in order to see a non-trivial limit. But in many cases one doesn’t know – one maybe knows it for some special situations and then one has a guess that because a given system “looks like” some other system for which one can describe the large-scale behavior, it should behave in the same way. Unfortunately, there are very few rigorous results that go beyond certain special situations. For example, the two dimensional case is very special because of its very rich symmetry group of conformal transformations. Some systems have nice integrability properties, which allow one to compute certain observables explicitly and then take limits on these explicit formulas. What is much easier, at least to some extent, is to figure out what happens with systems that have some additional parameter that one can play with, allowing to tune the behavior between one where one understands the large-scale behavior, typically via a central limit theorem yielding Gaussian behavior, and one where one doesn’t really understand the large scale behavior. When the parameter is tuned to be close to the critical value, one can observe a “crossover” regime at some intermediate scale. The behavior in this regime is typically described by classically ill-posed stochastic PDEs. One direction in which this field is going is trying to justify mathematically the story I just told you. One knows how to justify it for certain models and these are very nice results. But there isn’t yet a clean general machinery that would unify these proofs, they are still very much ad hoc.

You have been in your area for 10 years. When and why, if ever, would you like to change the field?

I worked on stochastic PDEs during my PhD, then moved away to do more work on finite-dimensional systems and recently moved back. I suppose it really depends on whether there are still enough interesting questions around… One just never really knows these things in advance. You work on a problem and might find an interesting question in a different area, which might drag you away from the problem that you started with in the first place. You just have to keep an open mind and be willing to explore where your explorations might take you.

Once asked about HairerSoft, the name under which you distribute Amadeus, sound editing software, you mentioned your interest in Pink Floyd. Did their music have any influence on your becoming a mathematician?

No, I just like Pink Floyd. (Laughs). My interest in sound came from the point of view of the physical phenomena of sound. I was in high school, and became interested in what sound is, how we perceive it, what does it mean to play a certain note or tune, how could you recognize these things, etc. That’s how my work on the Amadeus software started. In the very beginning, the plan was to write not a sound editor, but a program to which you could just feed a recording, and it would spit out the musical score. But I was 17, and that was beyond my programming abilities. (Laughs). The first step was to get the recording into the computer, so I started to write the sound editor that could do the recording and actually allow me to then mess around with sound. That’s how I started out. 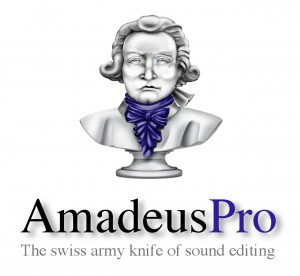 To read what Tony Phillips had to say about Amadeus, go to A True Gentleman. (Insert link to Tony’s Piece here.)

Do you have an answer to a question most interviewers have why the sound of one’s own voice is so terrible?

I am not a biologist, but if you take a recording of your voice and play it back you only hear through your ears, whereas if you speak yourself you also get it directly through the bones and your body, this is why it doesn’t sound the same.

Is it true that when you were 12 your father gave you a calculator that could execute 26-variable ­programs, and that triggered your interest in math?

In the 2014 Fields Medal Simons Foundation video you demonstrate some serious scone baking skills— do you have advice for our chefs, or a recipe for our readers?

I think your chefs are very good! At home we tend to do very simple cooking. We think that the most important thing is good ingredients, and we tend to keep their preparation very simple. My wife is Chinese, so we tend to mix things up a bit—Chinese spices with whatever vegetables we get. And relatively simple preparations, like steamed fish, or pan-fried tuna steak. We eat meat, but Xue-Mei isn’t terribly keen on it, so we eat more fish.

You’ve referred to yourself as an “ambassador of mathematics.” In this capacity, is there a question you wish you were asked, and you are not?

There is one thing that I would certainly like to change for mathematics, particularly in the UK, and it is to do with how the funding agencies work. There seems to be more of this tendency towards handing out big grants, singling out a few stars, handing them loads of money, and then that’s it! Many people would be very happy to get modest travel grants, I think that in the US the Simons Foundation does that, and for most mathematicians that’s fantastic —just a few thousand dollars per year to be able to go to a few conferences and to stay connected to the community. This is something that the funding agencies in the UK don’t seem to be interested in. For them, it is of course easier to administrate one large grant, rather than many disparate small pots of money. But it would certainly create a much healthier atmosphere and not divide the community into haves and have-nots. Right now, some people find it very easy to travel around to present their results and to meet new people, and some people are stuck. That’s something I would really like to see change, but unfortunately it seems to be going precisely in the wrong direction.