By tyoung on August 2, 2012 in art and culture, videos
Origami and Paper Folding
Bridging Perspectives of Visual Arts and Sciences 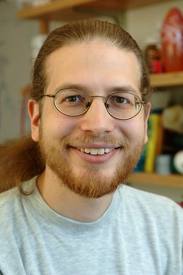 Dr. Erik Demaine is a Professor of Computer Science at MIT and was the youngest professor in the history of the Massachusetts Institute of Technology when he joined their faculty in 2001 at the age of 20. In 2003 he was awarded a MacArthur Fellowship as a “computational geometer tackling and solving difficult problems related to folding and bending—moving readily between the theoretical and the playful, with a keen eye to revealing the former in the latter”. His Phd dissertation in the field of computational origami awarded him the Canadian Governor General’s Gold Medal and the NSErC doctoral Prize (2003) for the best Phd thesis and research in Canada (one of four awards).  Demaine’s research interests range throughout algorithms, from data structures for improving web searches to the geometry of understanding how proteins fold to the computational difficulty of playing games.  He appears in the recent origami documentary Between the Folds, co-wrote a book about the theory of folding (Geometric Folding Algorithms), and a book about the computational complexity of games (Games, Puzzles, and Computation). His interests span the connections between mathematics and art, particularly sculpture and performance, including curved-crease sculptures in the permanent collection of Museum of Modern Art (MoMA), New york. His work can be viewed at www.erikdemaine.org.
[box, type=”download”]Watch the video.[/box]
Carlo Sequin Video, Artistic Geometry: The Math Behind the Art
Michael Assis Video – The Complexity of Origami