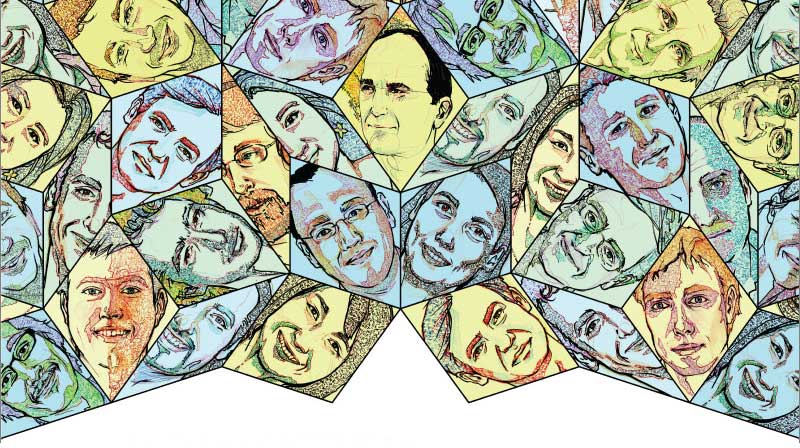 We are pleased to announce the 2011 Summer Simons Workshop in Mathematics and Physics from July 25 to August 19. This is the fourth Summer Workshop conducted by the Simons Center for Geometry and Physics at Stony Brook. The Center’s mission is to develop the interaction of geometry in the broadest sense with theoretical physics, and is rooted in a long tradition of engagement between Mathematics and Physics here at Stony Brook, and ultimately in the centuries-long history of these two fields. The Stony Brook tradition is exemplified by the joint ITP-Math seminars initiated by Jim Simons and Frank Yang in the 1970’s; these stimulated interest worldwide in the mathematics of gauge theories. This workshop is also a continuation of eight previous Simons Workshops; like them, it will focus on the intersection between physics and mathematics, particularly in the context of string theory. One of the principal themes of this workshop will be Integrable Structures and Low Dimensional Geometries.

The original workshops were strikingly successful. Some of the many papers that they led to can be found here.

As in the previous summer workshops, we hope to facilitate an informal yet vibrant atmosphere, in which a core of leading researchers interact together and with promising junior physicists and mathematicians. The program will be light, with a mix of both pedagogical and research talks. As at the previous workshops, Cumrun Vafa (Harvard Univ.) will serve as Scientific Advisor, in residence for the duration of the workshop.

Details from previous workshop can be found on the YITP webpage:

Further details of this summer’s workshop will be posted here as they become available. 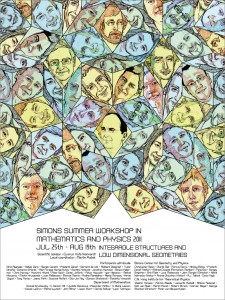 All talks will be held in the Simons Center for Geometry and Physics, Room 102

Speakers and titles will be added to the schedule throughout the workshop:

**Lunch will be served on Wednesday’s at Smith Point Beach**