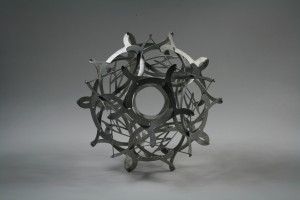 This event is free and open to the public

The beauty of mathematics has been a source of artistic inspiration at least since the time of Euclid, with a major surge in the Renaissance, and continuing strongly to the present.  George Hart extends this tradition by designing and building mathematically informed sculptures that generally involve computer technology in their design and/or fabrication.  These include works made of metal, wood, paper, plastic, or found objects and often use laser-cutting, plasma-cutting, or 3D-printing technologies in their realization.  The exhibit of Hart’s works (opening September 12, 2013) at the Simons Center for Geometry and Physics Art Gallery displays a full range of mathematical ideas, physical materials, and fabrication techniques.  Hart prides himself on making sculpture with a fine balance between a crystalline geometric structure and an organic sensibility, which the viewer can appreciate as having been kissed by Euclid.

Lecture and Workshop:
At the opening lecture, Hart will discuss the mathematical topics underlying his sculpture, describe his creative process, and show some short videos of their construction.  These works each begin as a mathematical idea and if deemed worthy of physical existence are then embodied in suitable materials, often only after Hart writes special-purpose software to visualize and optimize the forms.  Many of these designs are quite intricate and so pose extreme assembly challenges after the components are fabricated.  To give gallery goers a flavor of the assembly process, the exhibition includes several disassembled works which visitors are invited to re-assemble as a puzzle.  Hart will also lead a “sculpture barn raising” in October during which he will lead a group of participants in the assembly of a large sculpture to remain on the campus.
Artist Biography:

George W. Hart is a mathematician and sculptor who lectures and exhibits all around the world.  He holds a B.S. in Mathematics and a Ph.D. in Electrical Engineering and Computer Science, both from MIT.  Hart’s research explores innovative ways to use computer technology in the creation of artwork.  He is a research professor in the College of Engineering and Applied Sciences at Stony Brook University.  Hart co-founded the Museum of Mathematics in New York City and worked on the design of its initial set of exhibits.  In addition to sculpting, he also designs mechanical puzzles and innovative educational workshop activities and makes videos that show the fun and creative sides of mathematics. 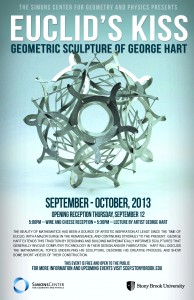 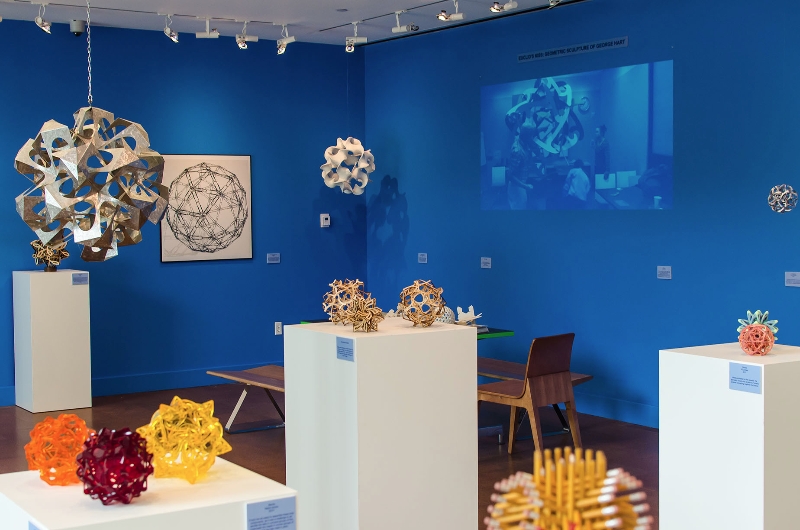 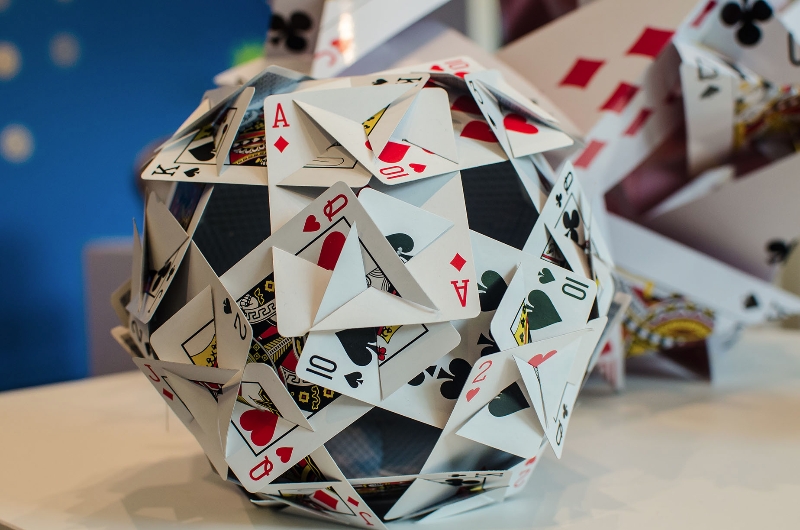 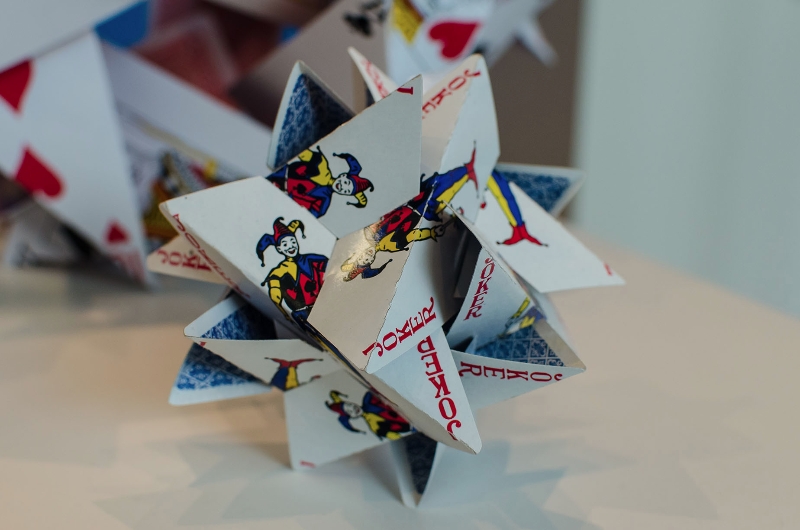 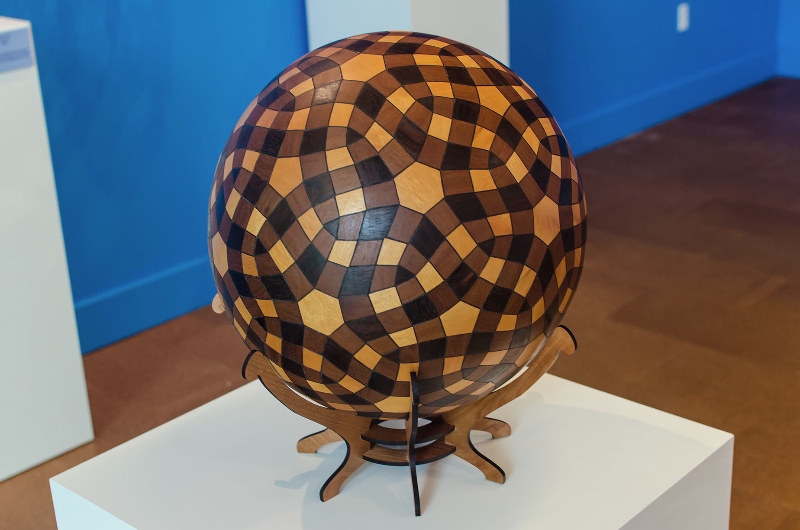 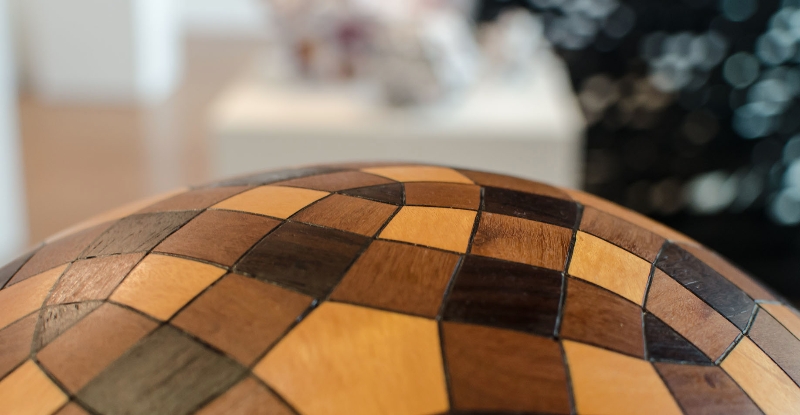 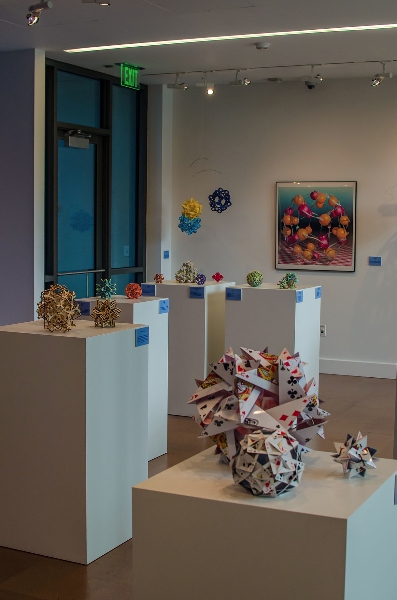 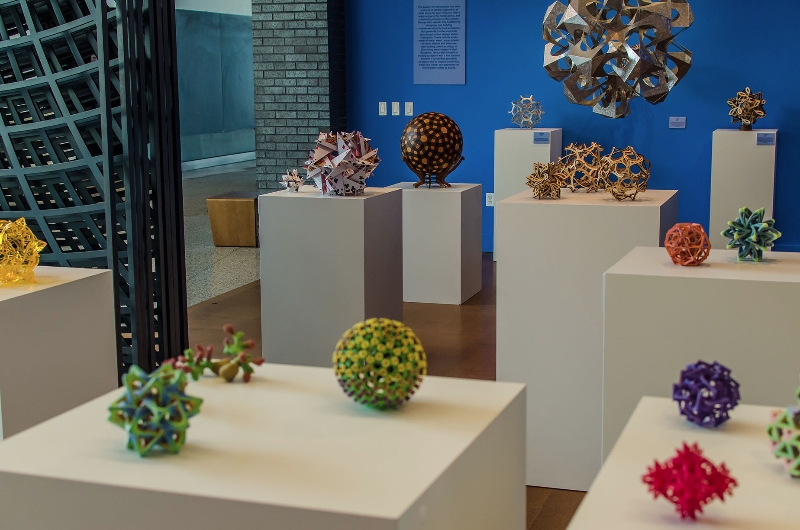 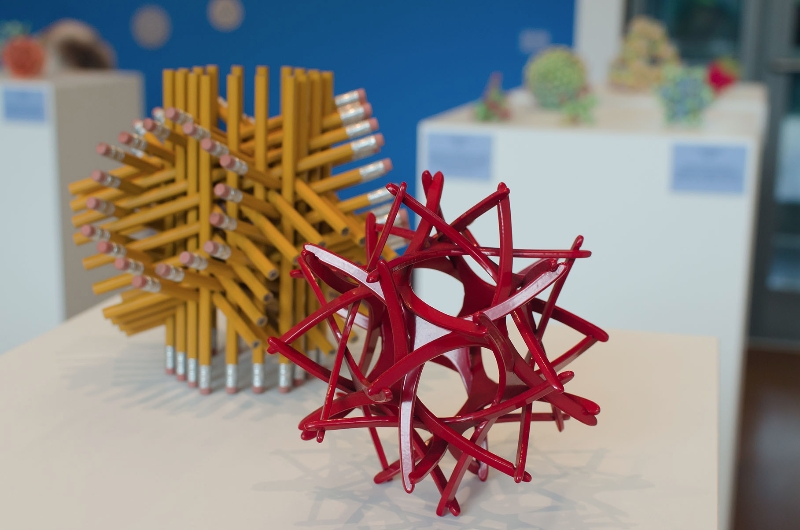 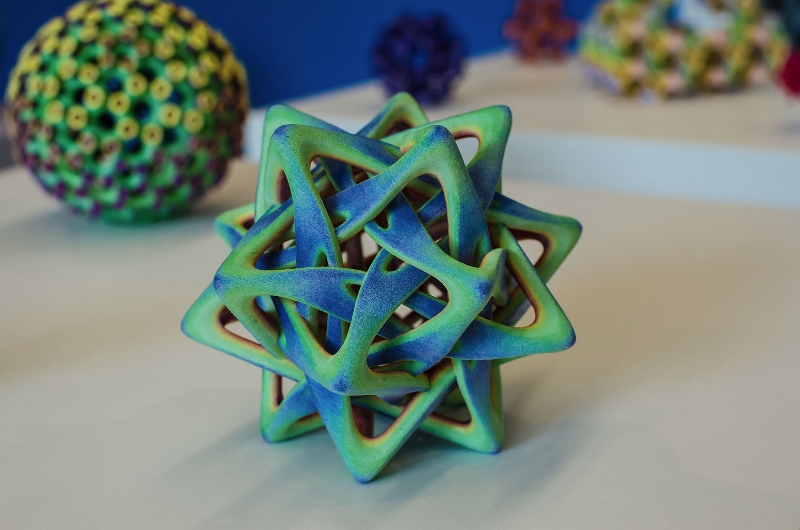 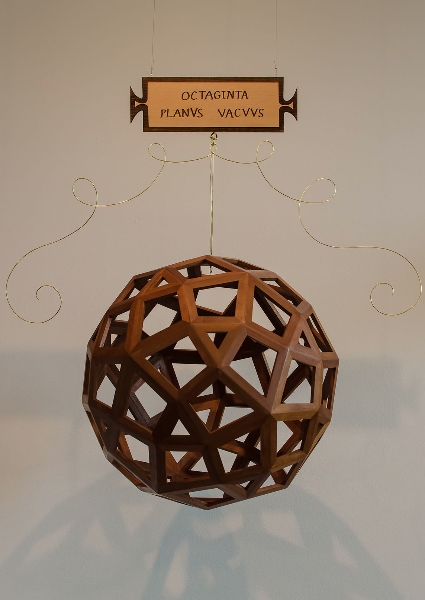 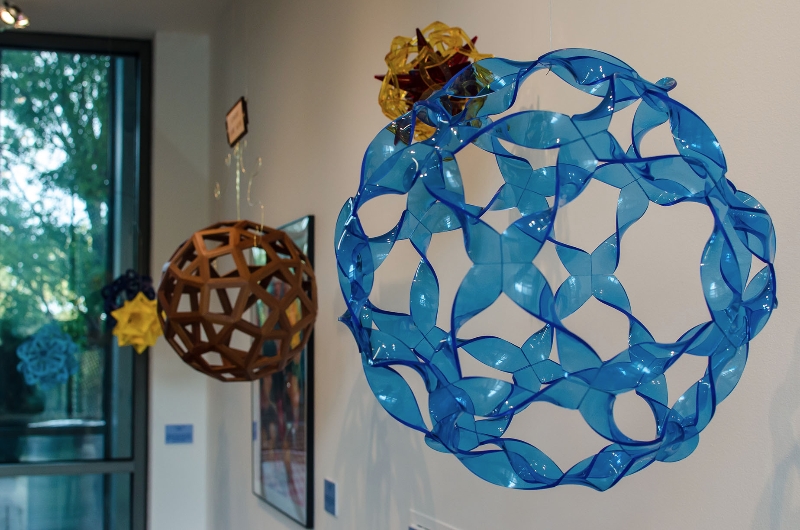 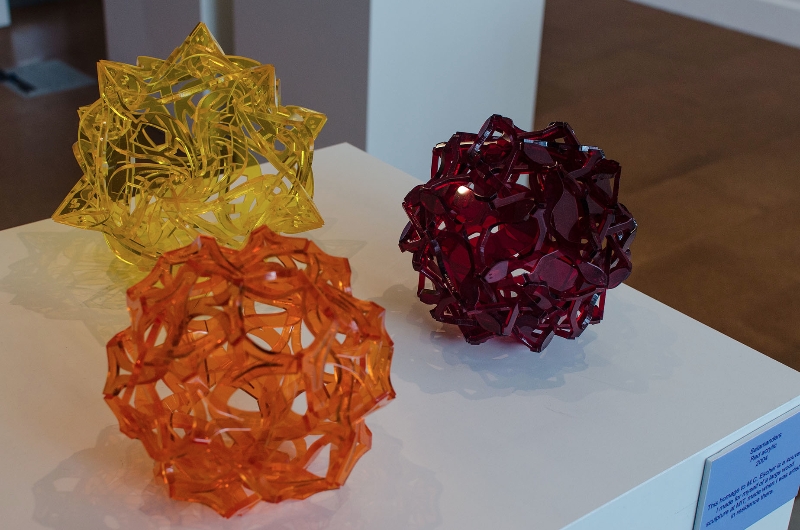 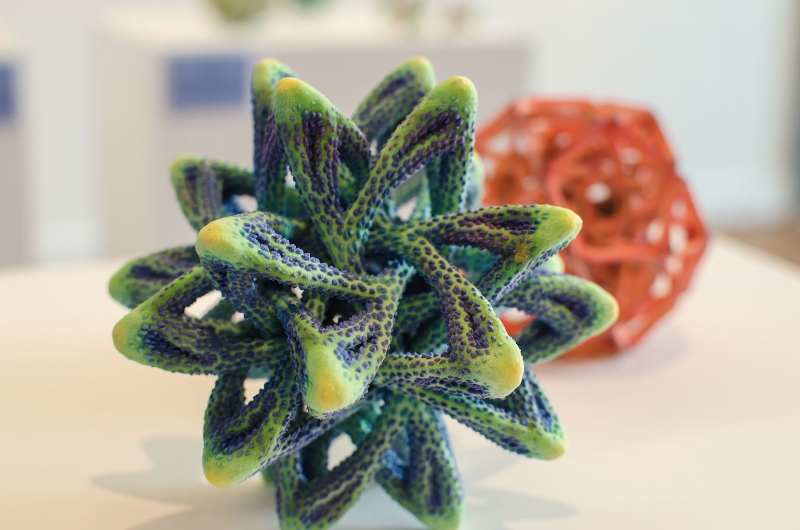 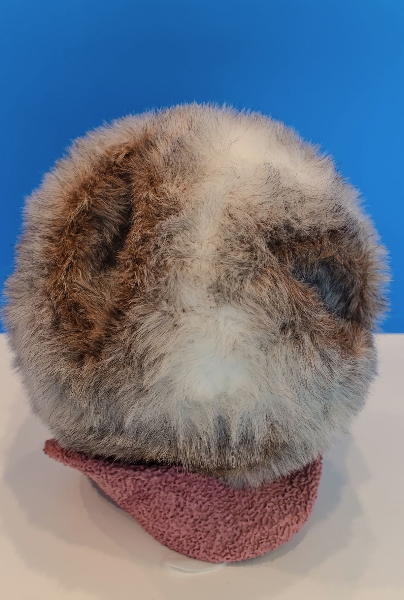 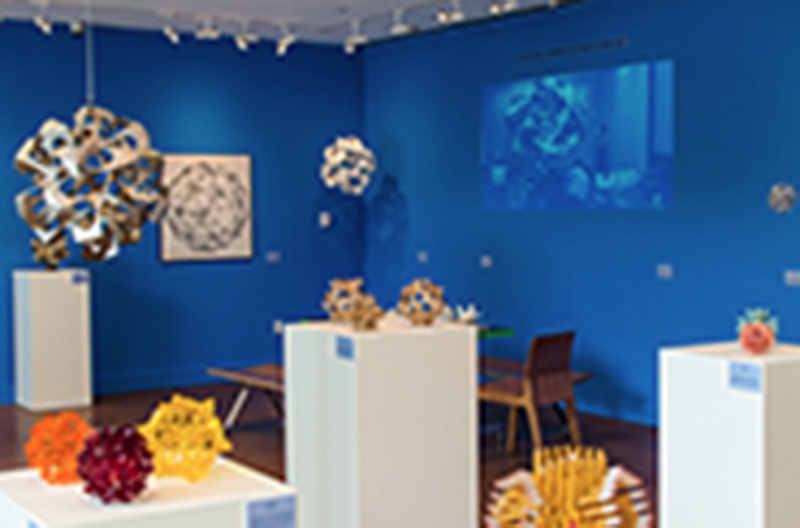 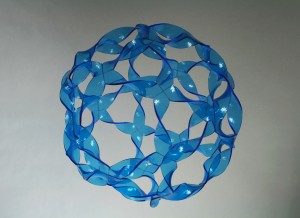