Title: “Expanding the Doors of Perception”
Abstract: Modern physics has taught us that our unaided senses perceive only an infinitesimal portion of physical reality. Within that theme, Frank Wilczek, PhD, a Nobel Laureate and professor of physics at MIT, will especially emphasize color vision.  The title is inspired by William Blake:  If the doors of perception were cleansed every thing would appear to man as it is, Infinite.
Watch the Video In Standard Definition.Watch the Video In High Definition.
Wine and Cheese Reception at 5:00pm
Faculty and Graduate Student Colloquium Wednesday March 5 at 11am, Simons Center Lecture Hall, room 102:
Title:  “Majorana Neutrinos, Electrons, and Neutrons (Neuterons)”
Abstract: In a famous paper of 1937, Ettore Majorana suggested an equation to describe spin 1/2 particles that are their own antiparticles.  The question, whether neutrinos obey that equation, is a major issue in contemporary particle physics.  I will put the question in a much broader context, showing that the under certain circumstances electrons and neutrons behave as Majorana particles, that the concept applies also to scalar particles, and in general that “Majorananess” is not a binary predicate, but a quantitative property, which can be large or small. (For the benefit of experts, I will also very briefly sketch the origin and relevance of these ideas in axion physics.)
Watch the Video In Standard Definition.

Watch the Video In High Definition. 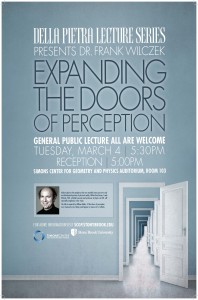 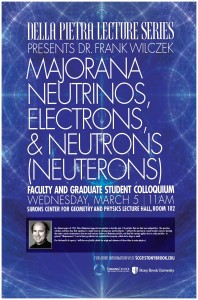 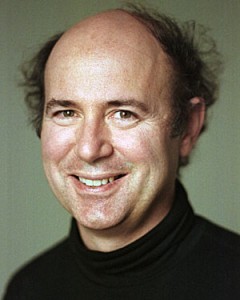 Professor Frank Wilczek is considered one of the world’s most eminent theoretical physicists. He is known, among other things, for the discovery of asymptotic freedom, the development of quantum chromodynamics, the invention of axions, and the discovery and exploitation of new forms of quantum statistics (anyons). As a graduate student at Princeton University, at the age of 21, he defined the properties of color gluons, which hold atomic nuclei together, through research in collaboration with David Gross.
For the discovery of asymptotic freedom he has received Nobel Prize in Physics in 2004.
Frank Wilczek is known not only for his scientific discoveries but also for popularizing science. He is an author of several popular
science books. More details can be found in his biographies:
http://web.mit.edu/physics/people/faculty/wilczek_frank.html
http://www.frankwilczek.com/bio.html
http://www.nobelprize.org/nobel_prizes/physics/laureates/2004/wilczek-bio.html