Einstein’s field equation of general relativity is one of the most important geometric partial differential equations. Over the past decade, the mathematical research on Einstein equation has made spectacular progress on many fronts, including the Cauchy problem, cosmic censorship, and asymptotic behavior. These developments have brought into focus the deep connections between the Einstein equation and other important geometric partial differential equations, including the wave map equation, Yang-Mills equation, Yamabe equation, as well as Hamilton’s Ricci flow. The field is of growing interest for mathematicians and of intense current activity, as is illustrated by major recent breakthroughs concerning the uniqueness and stability of black hole models, the formation of trapped surfaces, and the bounded L2 curvature problem. The themes of mathematical interest that will be particularly developed in the present Program include the formation of trapped surfaces and the nonlinear interaction of gravitational waves. The new results are based on a vast extension of the earlier technique by Christodoulou and Klainerman establishing the nonlinear stability of the Minkowski space. This Program will be an excellent place in order to present the recent breakthrough on the bounded L2 curvature problem for the Einstein equation, which currently provides the lower regularity theory for the initial value problem, as well as the recently developed theory of weakly regular Einstein spacetimes with distributional curvature.

This workshop is a part of the Spring 2015 program, Mathematical Problems in General Relativity, which is organized by Philippe LeFloch, Mike Anderson, Sergiu Klainerman, and Jared Speck. This program takes place from January 5 – February 6, 2015.

First day of the workshop (January 19th, 2015) is the U.S. holiday of Martin Luther King Day. This will be an informal day during the workshop.

There will be no talks on Monday January 19 in observance of the Martin Luther King Jr. holiday 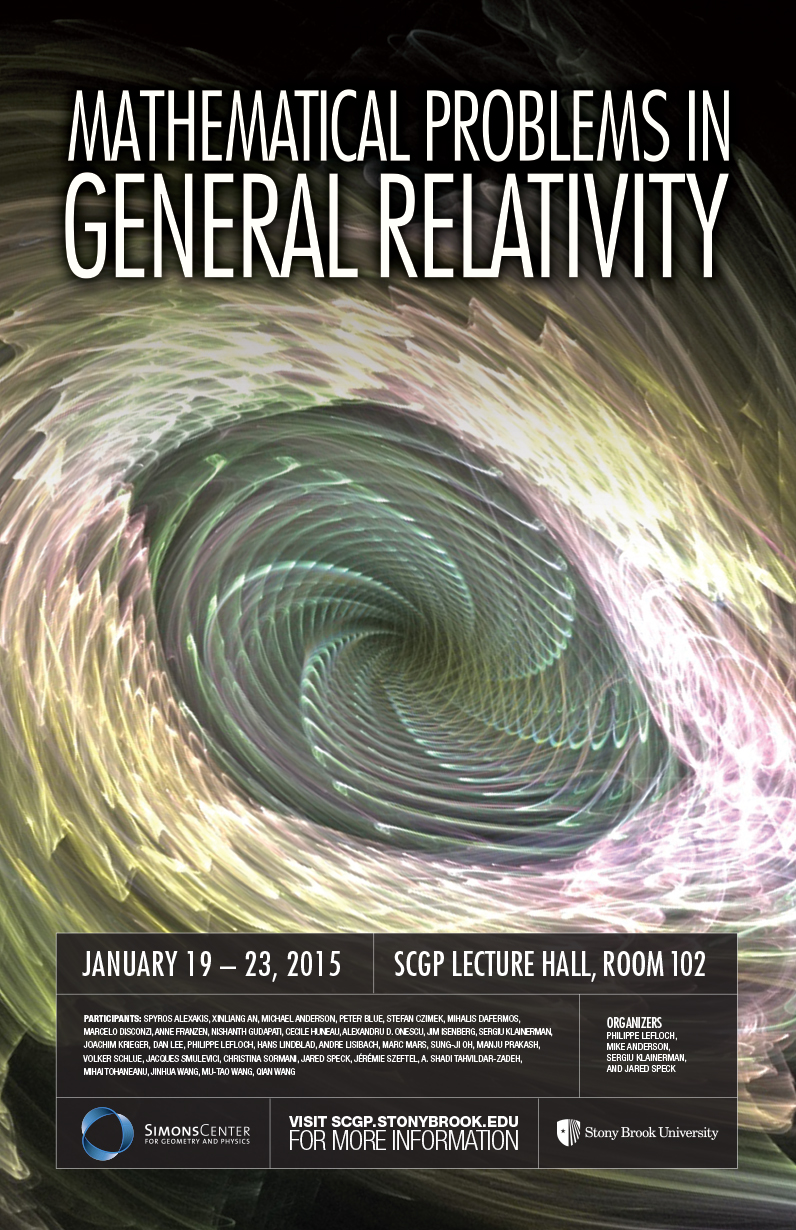