The Simons Center for Geometry and Physics presents the movie

“The Discrete Charm of Geometry”

The award winning film “The Discrete Charm of Geometry,” directed by Ekaterina Eremenko, follows the journey of a team of mathematicians from the Collaborative Research Center “Discretization in Geometry and Dynamics” as they dive into the unknown world of mathematics. United by the idea of discretization these scientists experience hope, disappointment, success, failure, and the overall excitement of discovery as they work together on a big project. The question of where the boundaries lie between mathematics and the lives of those who are involved in it, and how much they are willing to sacrifice is as important as the search for precise scientific answers.

Ekaterina Eremenko was born in Moscow, Russia to a family of engineers and scientists. In 1990 she graduated with honors as a Master of Mathematics from Moscow State University and in 2000 with a second Masters Degree in Film Directing from Gerasimov Institute of Cinematography (VGIK). Eremenko began her career as a director by producing the films The Sound of Russia (2003), Big Bones – Big Business (2004), and My Class (2008). She later returned to her first love, mathematics, and made the films Colors of Math (2012), and The Discrete Charm of Geometry (2015). 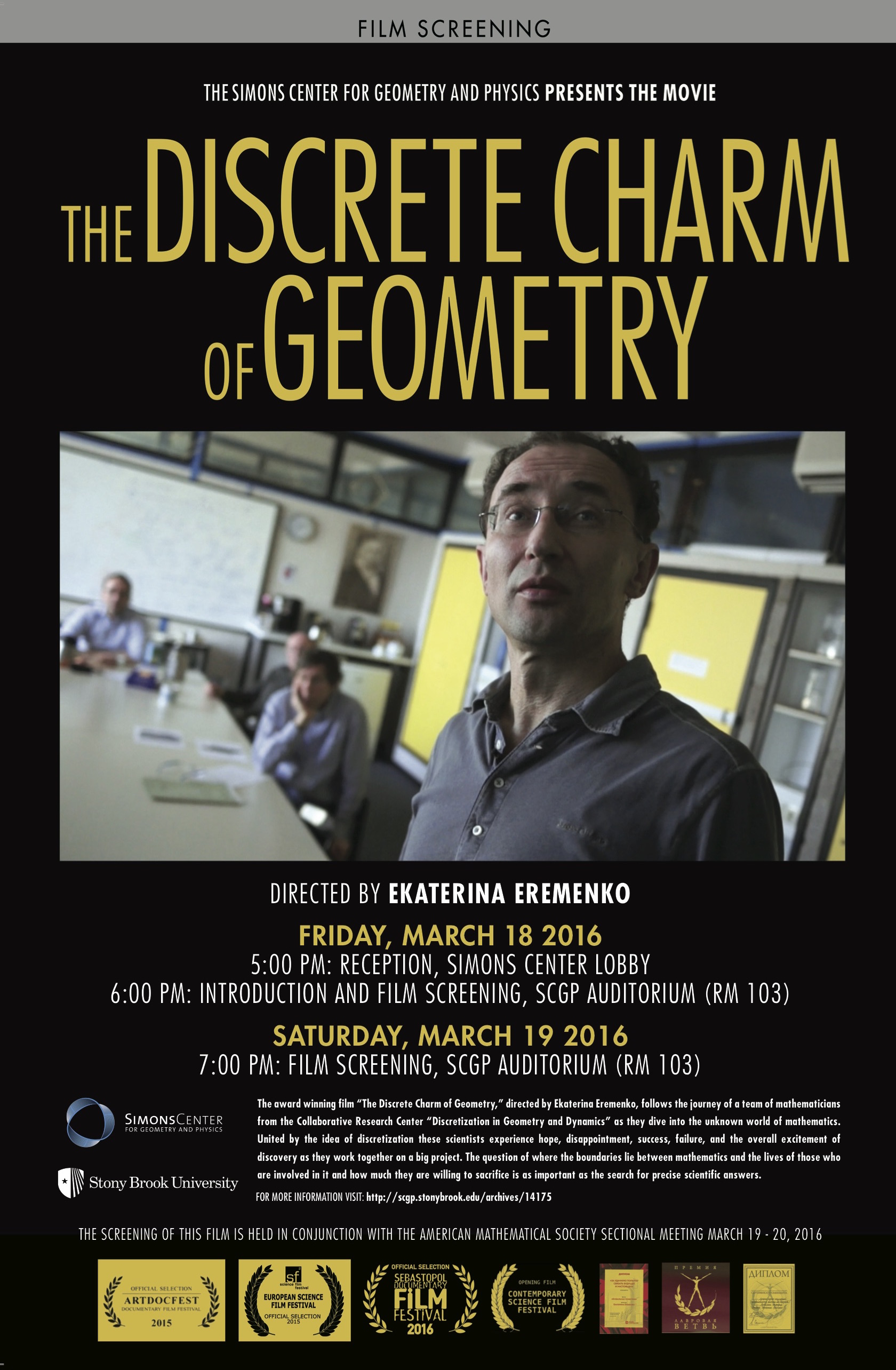