China Blue is an award winning international artist working at the intersection of art, science and technology. She creates customized EEG (electroencephalogram) software to sense the brain’s electrical activity to control the light and sound in interactive sculptures. Over the past two decades she has created sound art that focuses on developing data sonification. Her research includes bioacoustics, ultra and infrasonic sampling devices, brain wave monitoring, and robotic sensory avatars. This has lead to discovering hidden acoustics embedded in the iron of the Eiffel Tower, submerged in Venice’s water, and encased in NASA’s Vertical Gun chamber.

China Blue was the US Representative at Tokyo 2013 Wondersite’s Experimental Art Fair. In 2008 she represented the US at OPEN XI in Venice, Italy. Her exhibition “Firefly Projects” was nominated for the 2012 “Best Monographic Museum Exhibition, Nationally” by the International Association of Art Critics and is a recipient of two NASA/RI Space Grants. Reviews of her work have been published in The Wall Street Journal, The New York Times, Art in America, Art Forum, artCritical and NY Arts, among others. France 3 (TV) has interviewed her, for the film “Com-mu-nity” produced by the Architecture Institute of America. Blue has been an invited speaker at Harvard, Yale, MIT, Berkelee College of Music, Reed College and Brown University. An adjunct professor and Fellow at Brown University in the United States, she is the Founder and Executive Director of The Engine Institute. Blue was recently nominated to a two year Artist-in- Resident with the Norman Prince Neurosciences Institute at the Rhode Island Hospital. This residency is the only one of its kind in the nation. 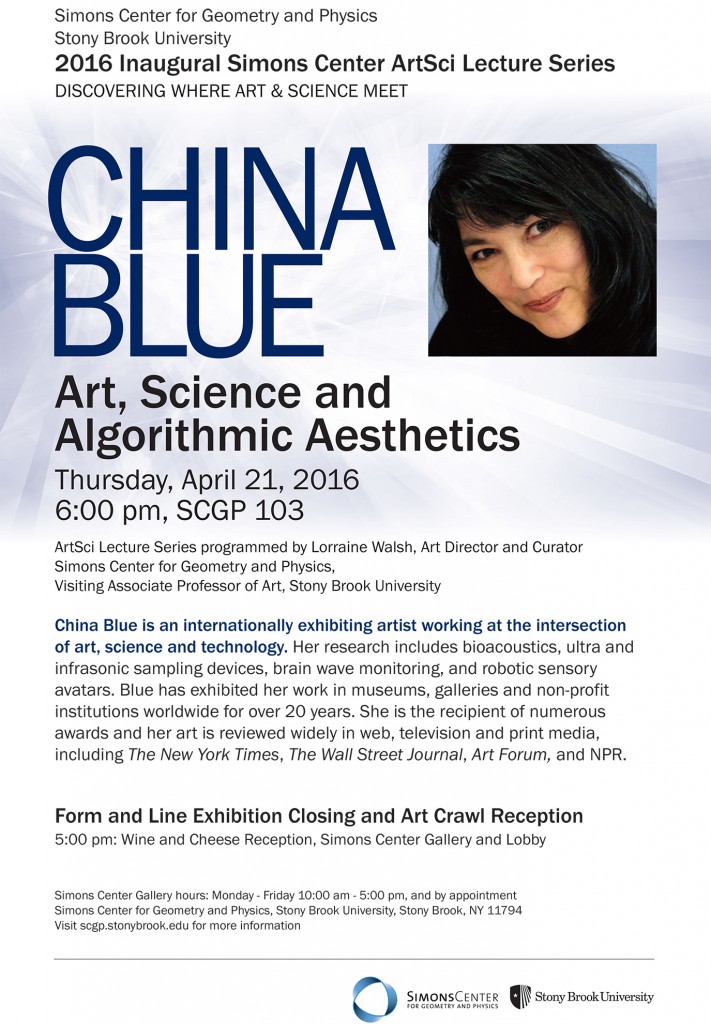