By Janell Rodgers on June 12, 2020 in workshops
Participant List

Ergodic Schrödinger operators have been studied heavily since the 1970s, as they include many examples of physical interest, such as disordered media, electrons in an external magnetic field, and quasicrystals. These operators enjoy many subtle connections to other areas of mathematics, such as dynamical systems, topology, and group theory.

The study of quantum graphs stems from the modeling of thin waveguides arranged into a topological network. Such models appeared already in the 1930s but have experienced a surge in popularity in recent years.

Recent works have exploited connections between these two fields; these developments have scratched the surface of a much larger opportunity for collaboration. Thus, the aim of this workshop is to bring these two communities together for two purposes: to disseminate recent results, and to foster collaboration and communication between these communities. 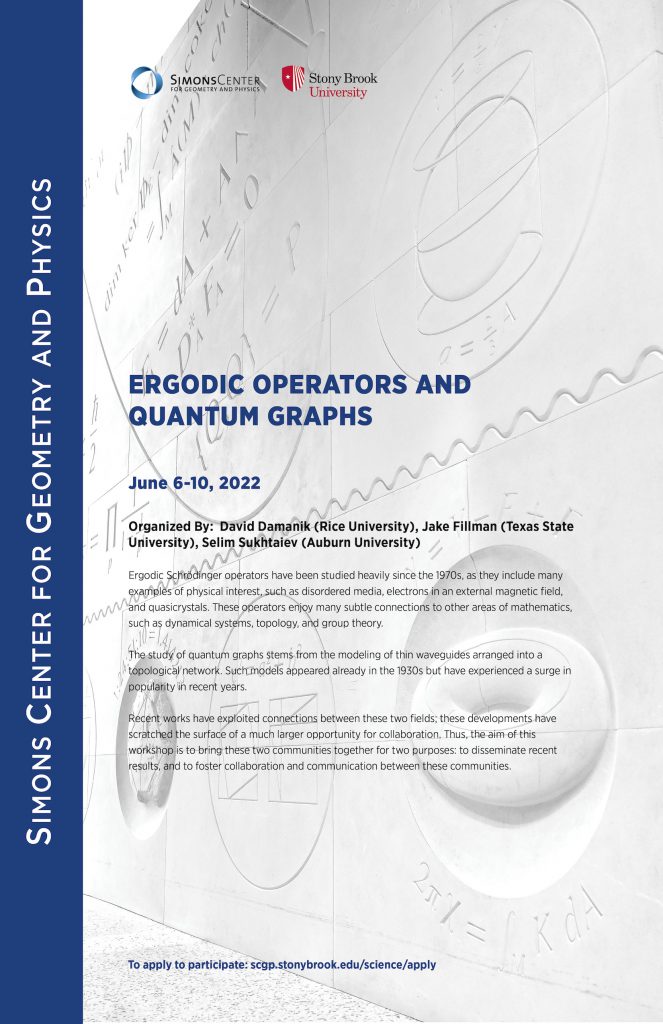