This workshop is a part of the Spring 2014 program, Quantum Anomalies, Topology, and Hydrodynamics, which is organized by Alexander Abanov, Dmitri Kharzeev, Boris Khesin, Dam Son, and Paul Wiegmann. This program takes place from February 17 – June 13, 2014.

All workshop talks and discussion periods will be held in the Simons Center Lecture Hall (Room 102).

There is an optional art event for workshop participants on Tuesday, May 20th. The ‘Stitches’ Exhibition event will start at 5:30pm with a reception, followed by a lecture by Artist Daina Taimina at 6:00pm. 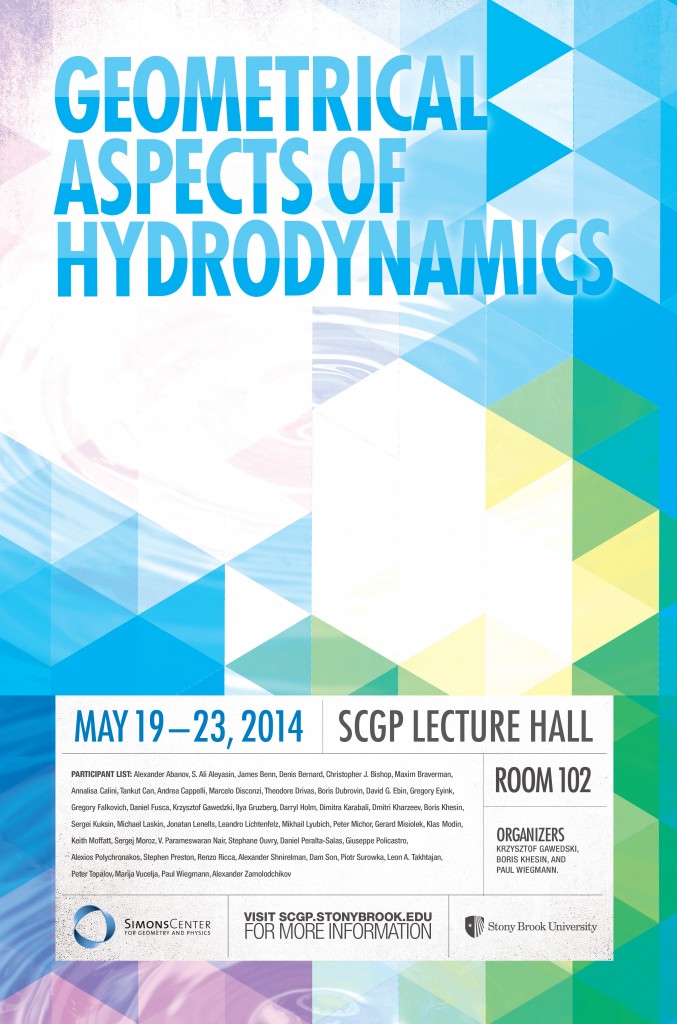