We are pleased to announce the 2014 Summer Simons Workshop in Mathematics and Physics from July 21 to August 15, 2014.

This workshop is the seventh conducted by the Simons Center for Geometry and Physics at Stony Brook University. The Center’s mission is to develop the interaction of geometry in the broadest sense with theoretical physics, and is rooted in a long tradition of engagement between Mathematics and Physics here at Stony Brook, and ultimately in the centuries-long history of these two fields. The Stony Brook tradition is exemplified by the joint ITP-Math seminars initiated by Jim Simons and Frank Yang in the 1970’s; these stimulated interest worldwide in the mathematics of gauge theories. This workshop is also a continuation of eleven previous Simons Workshops; like them, it will focus on the intersection between physics and mathematics, particularly in the context of string theory. The principal theme of this workshop will be “Black Holes, the Early Universe, and Strings”. 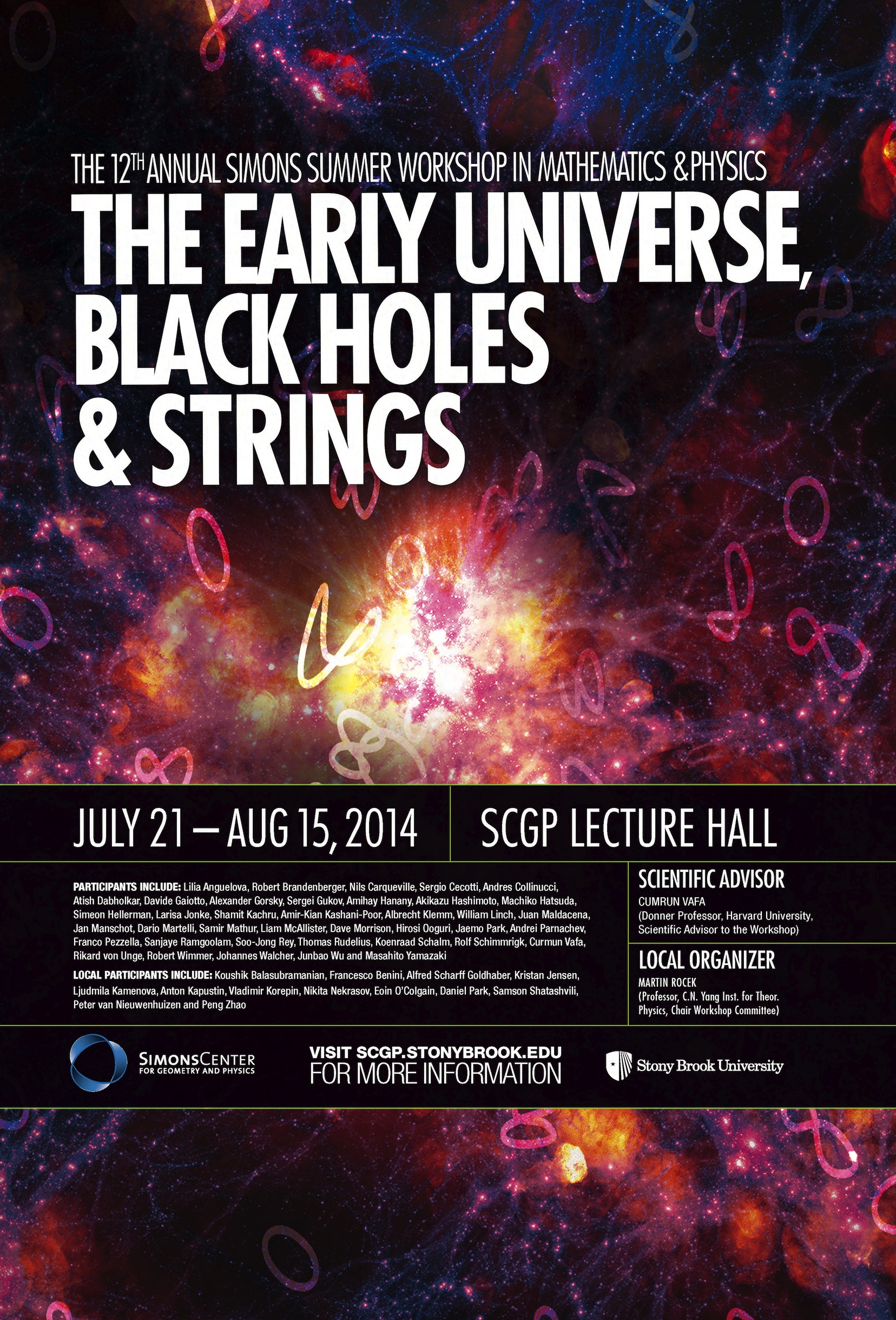 The previous workshops were strikingly successful. Some of the many papers that they led to can be found at: http://www.scgp.stonybrook.edu/?page_id=703

Details from previous workshops can be found on the workshop webpages,

Links for Local Activities
*Please note that these events are not sponsored by the Simons Center and may clash with other Summer Workshop activities. There will be no transportation to/from these events.